I have apparently disrespected my hip which has caused me pain and great inconvenience. I haven't been very mobile in almost two weeks. I got some sort of shot in the hip on Tuesday which was awful...painwise that is. But, I'm a bit of a sissy but I'm pretty sure there was a hot poker on the end of the needle she stuck in my hip. OMG it hurt...but, the hip is a little better. In the meantime, I have taken shots of innocent family bystanders including our new cat, Mr. Beans (as in "full of beans"). This is his first Christmas, he loves the tree! Too much!!! 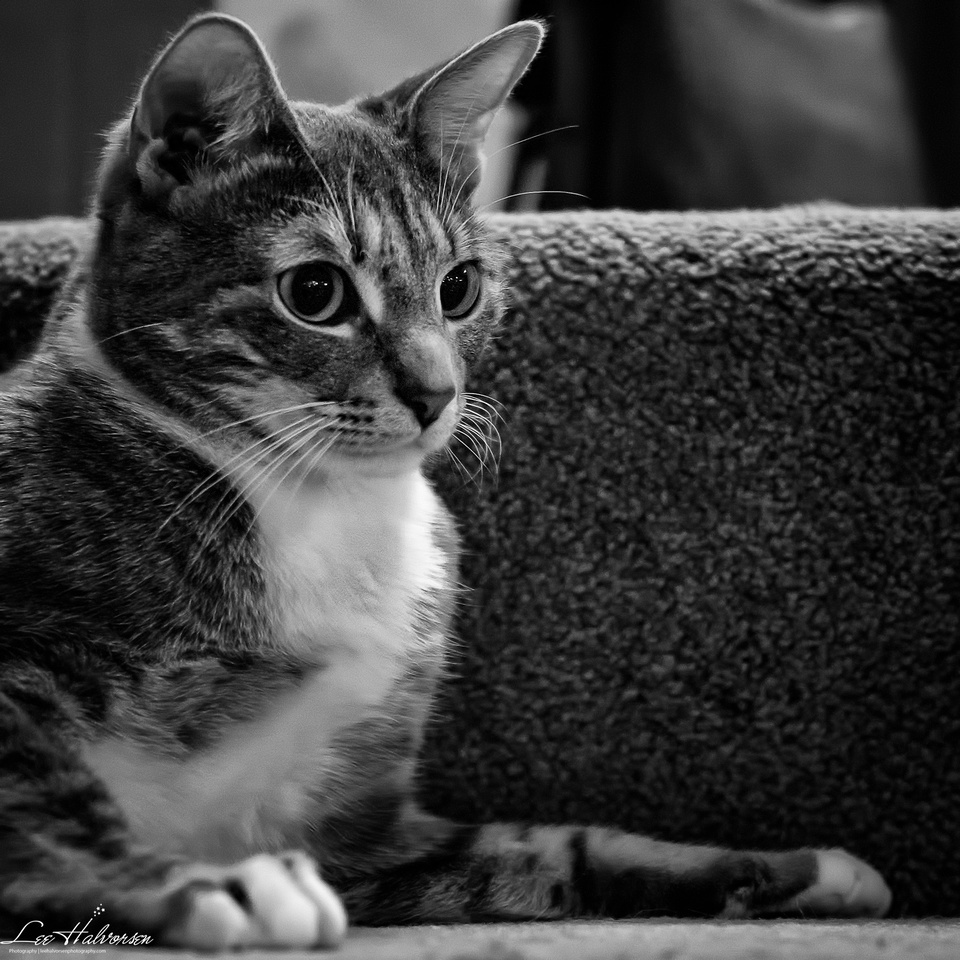