I did a walkabout in light rain in the U Street Corridor this morning. Perhaps because of the rain or cold there were not a lot of people walking about. U Street is a "transitioning" area with a mix of really, really neat old buildings and newly renovated buildings. A couple of modern buildings are sprinkled into the mix but essentially, the "front" of the buildings remain the same. There is some attempt to maintain the historic nature of the community. I did a search on property values for the small townhouses in the area and I'd say the average was around $1,000,000. That's a lot of zeros. I was talking with a local about the history of the neighborhood and he told me that several decades ago T Street and 7th was where all the action was, T Street was the just one block away from U Street, the "Main Street" of African-American Washington, DC. He said that quite a few years ago, many of the houses in the neighborhood were owned by the servants and laborers who worked in Georgetown. His mother still lives in a house on T, she's 100 years old. Wow!

I was smitten by all the color on today's walk and so many of my pictures tried to capture the color. This first one is a mural depicting the Scurlock family photography business. Addison Scurlock became a photographer over a hundred years ago; his two sons, Robert & George, continued in their father's footsteps until the business finally closed in 1994. An interesting article in the Smithsonian gave an overview of how the Scurlocks captured African-American life as it really was for generations. The family donated 250,000 photos to the Smithsonian depicting life on U Street for the last 100 years. Someone said that if you were in the African-American community, you HAD to have your picture taken by a Scurlock. On the wall of a closed night club was an incredible mural of jazz in the City. The club had all the cool looks of someplace you would want to go but something had obviously gone amiss since the place was shuttered with homeless sleeping in the entryway. But. So far, the cool mural survives. 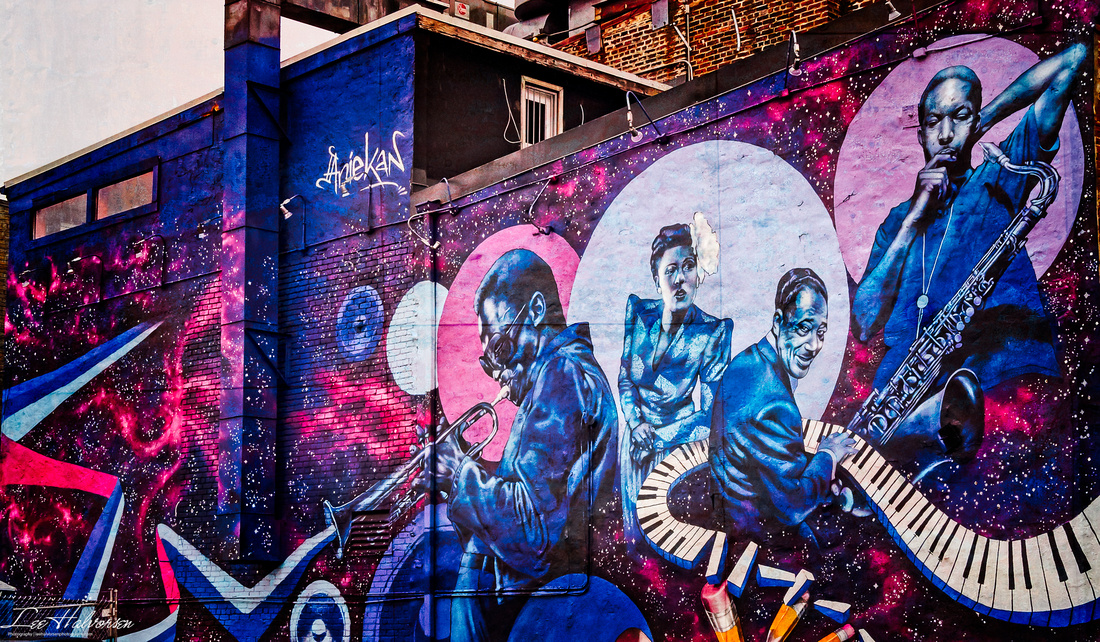 Most of the time, I miss the fall colors but NOT today!! 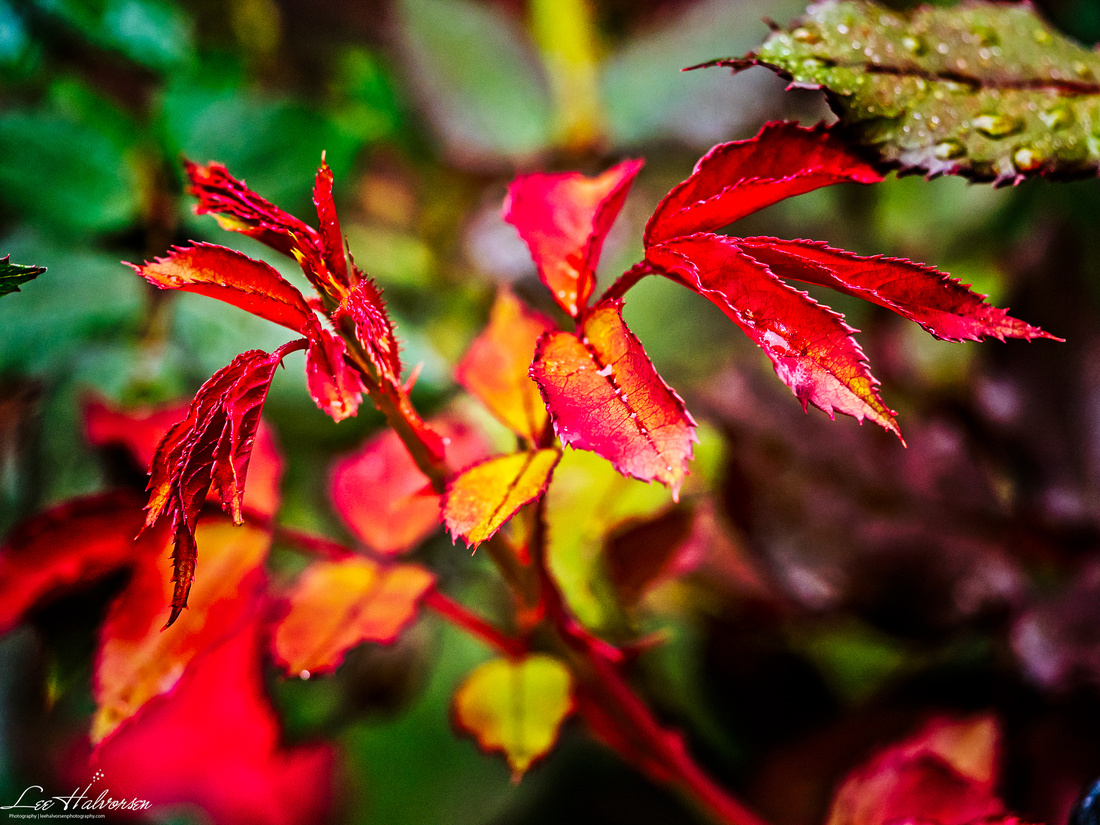