I finally had the time to review and work with the film images from my outing a couple of weeks ago.  The exercise was to work with the 120 film, the old 645 camera, and my light meter to see if I could take reasonable shots. My reasoning was that if the pictures were okay...I would continue the experiment by taking the system to places that would be better suited to the format of the film. My trip to George Washington's Distillery encourages me. I worked with a tripod to reduce vibration. The mirror on that camera makes a huge "THUNK" when the shutter is tripped so I was doing my best to minimize other vibrations. The film was ISO100 so shooting at high noon was okay and the film seemed to reduce the natural harshness of the noon sunlight. I don't have a waist level finder so some of the shots suffered from the "almost level" condition which I had to crop and so lost some of the image. All in all, I like the results...I will continue taking it out once I get mobile again. It's a big system, more than twice as big as my Olympus. I could start saving for a digital medium format...yeah, right.

This first shot is Pete, an employee of the Distillery. He mentioned that he was not in his "period costume" so I'm guessing that when the distillery is open (Apr-Oct), his costume is 18th century. 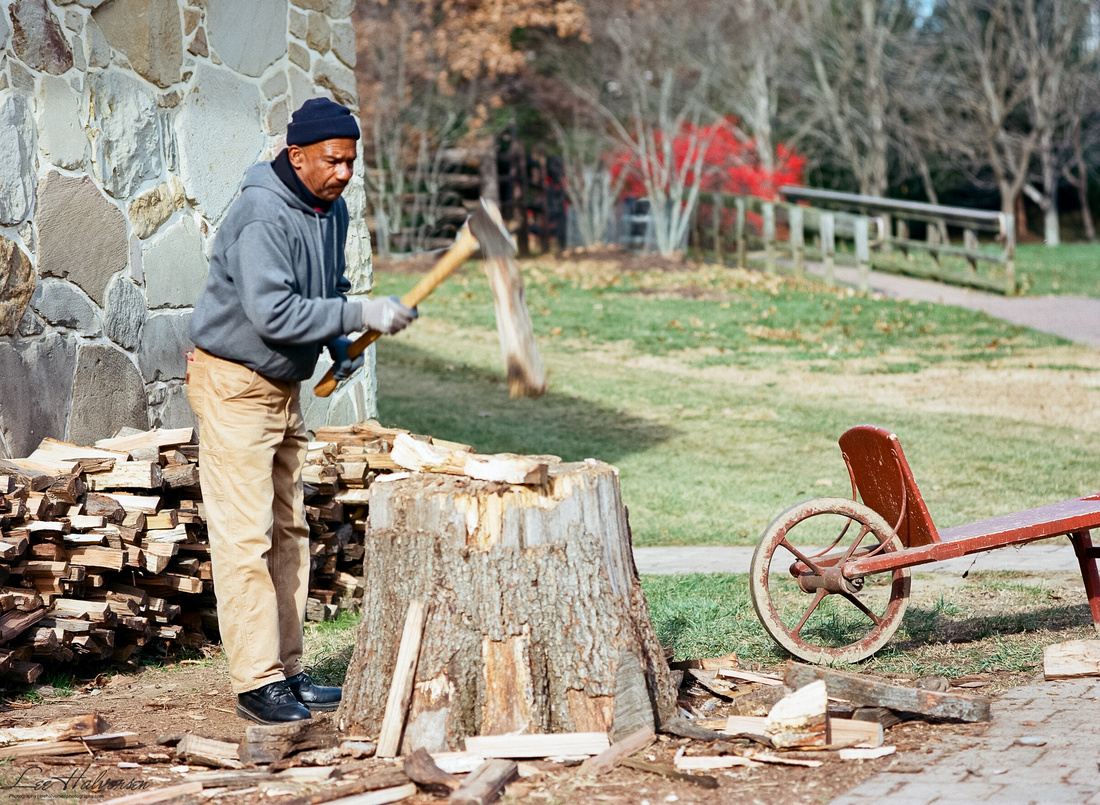 Standing closer to the creek, I took this shot of the distillery and the water sluice that can be opened and water directed into the building. I know that they actually do make whiskey here but I'm guessing they don't actually use the water from this creek. Of course, I've been wrong at least twice before so I might be wrong here, but, the look is authentic. 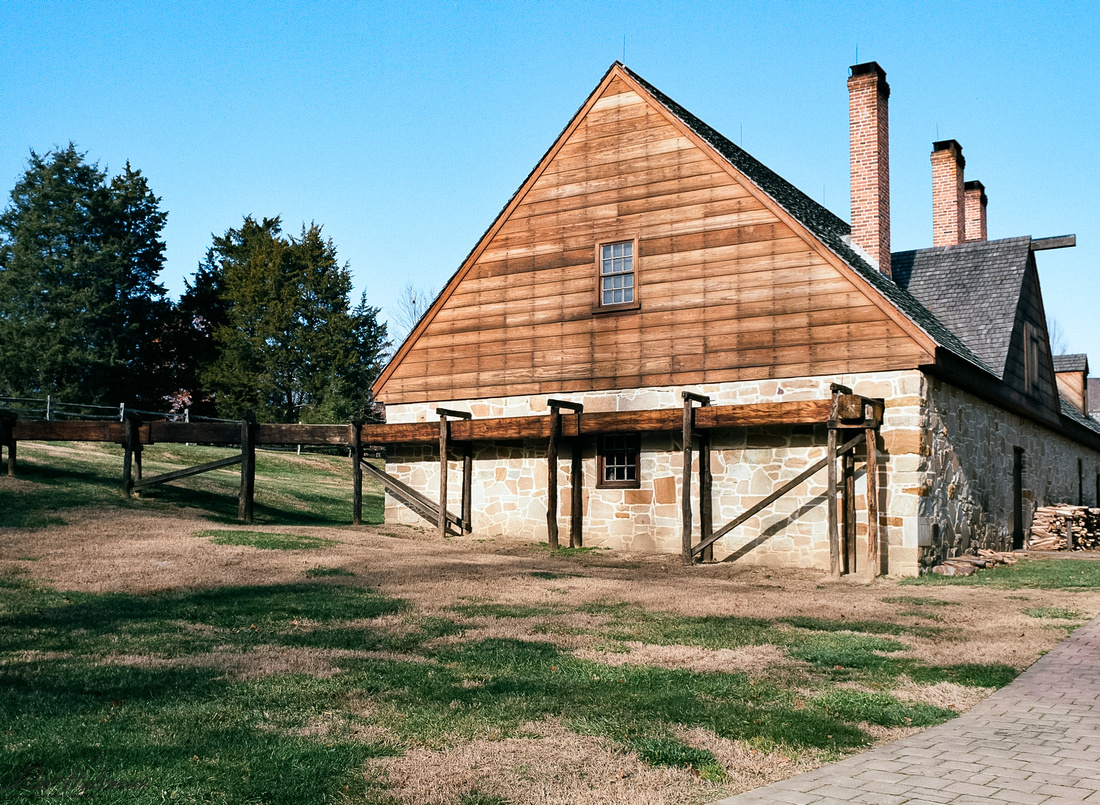 I also dropped by Saint Mary of Sorrows Catholic Church, a leftover from the civil war that's still in use today. 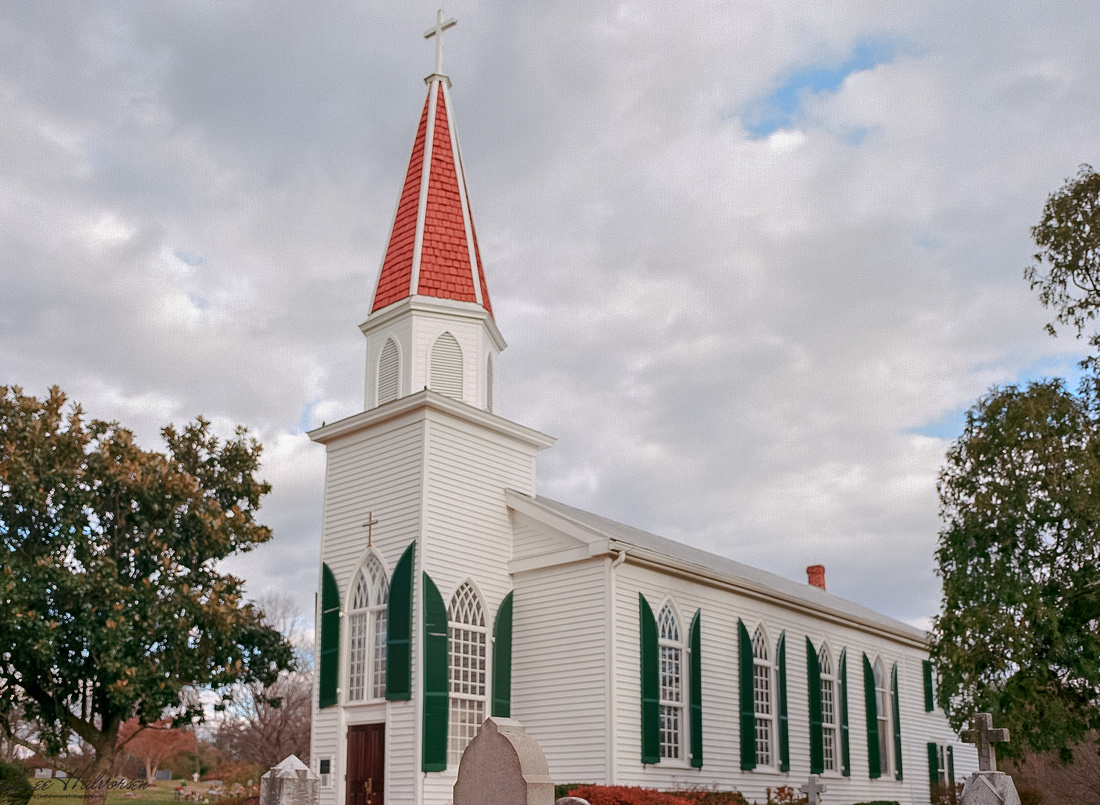 Barbara(non-registered)
Interesting comment about the film reducing the harshness of bright sun. Color neg, as opposed to slide film, could be exploited for that purpose. It was interesting seeing the big Stephen Shore show in NY and revisiting the classic look of the not-completely-bygone days of the "chromogenic color print" - or "C" print, from color negatives from his Uncommon Places series in particular. No problem having your film processed? or obtaining it in the first place?
No comments posted.
Loading...
Subscribe
RSS
Recent Posts
Carytown Self Portrait Navy and Merchant Marine Memorial Richmond and The James River Peeking Into The Past On the Water Belmead St Francis de Sales School Entryway at Belmead Low Tide
Keywords
dc Lake alexandria washington park potomac bridge Virginia Museum Burke
Archive
January February March April May June July August September October November December
© Lee Halvorsen
User Agreement
Cancel
Continue