I crossed the Potomac with a friend today to do a walkabout in Piscataway Colonial Farm which is just a few miles south of the Beltway but is very, very wooded. The park is trying to maintain the look and feel of the farm as it was back in the 1700s. The day was beautiful and few people were about so it wasn't hard to imagine how it might have been some three hundred years ago. The farm had original buildings from the 1700s although some had been brought in from similar settings. Along with the old buildings there were crops and livestock that were being raised in the "old way." The tobacco for instance, was short leaved, not the longer, genetically engineered long leaf that is grown today.

In the small house were the tools of the day including yarn making materials in the first picture, wool carders and a spindle. The second shot is of a couple of the chickens that pretty much had the run of the place. The last shot is a stylized look across the river at Mount Vernon. I will post more later of the tobacco drying barn, the cows, and more. 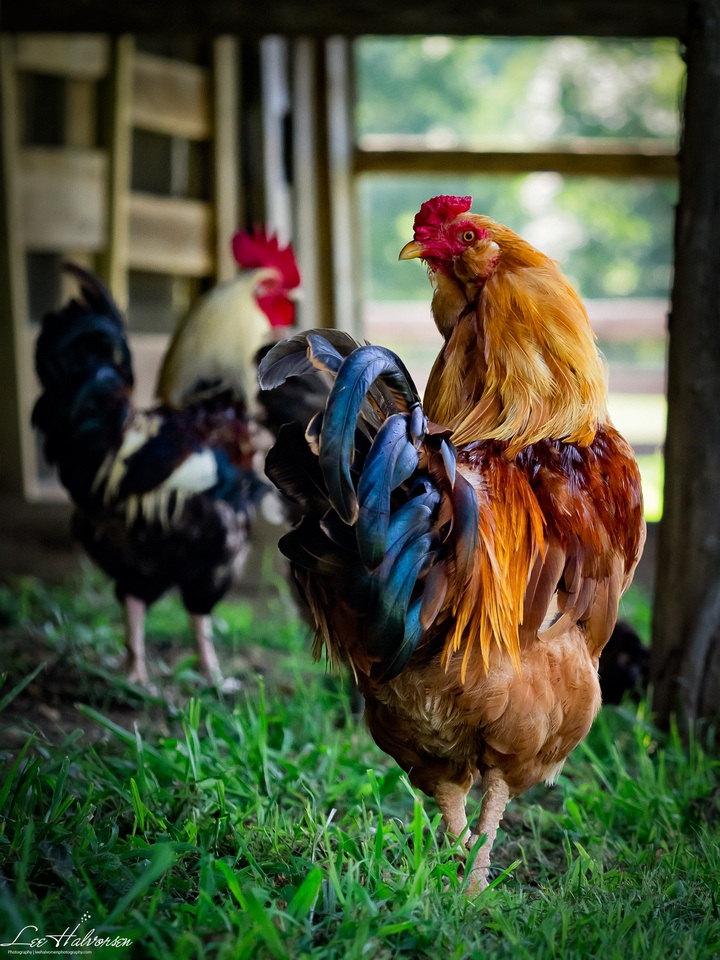