The last three days have been busy. I went to several sessions in the Fall For The Book Festival and met poets, novelists, reporters and...well, many people. I did have some time on Saturday morning for a walkabout in Old Town and in Huntley Meadows Park. I was surprised by the flooding in Old Town, the water had been half way up the 100 block of King Street. By the time I arrived the water had receded to just above Union Street which did not stop the bikers from biking. Then I went to Huntley Meadows...a wetlands. But not so wet right now. The drought we are experiencing is significant which seems opposite of the flooding in Old Town. But I think that flooding was tidal based because no rain has fallen in days if not weeks. It's all a mystery, probably something to do with the moon.

The first image is from Old Town, the remainder are from Huntley Meadows. 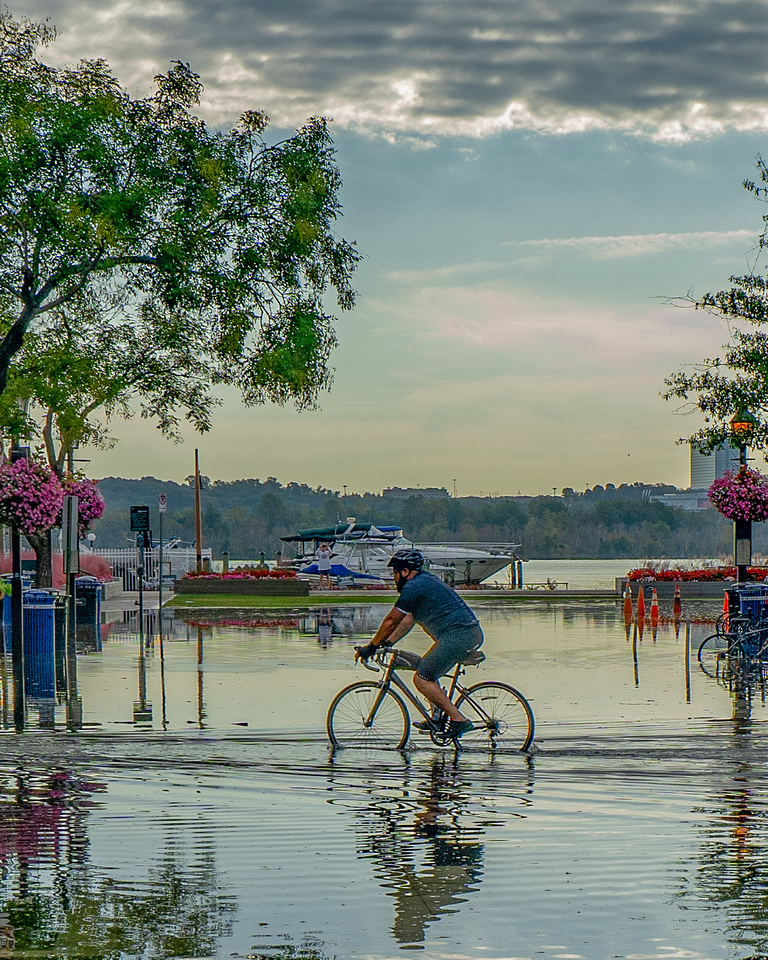 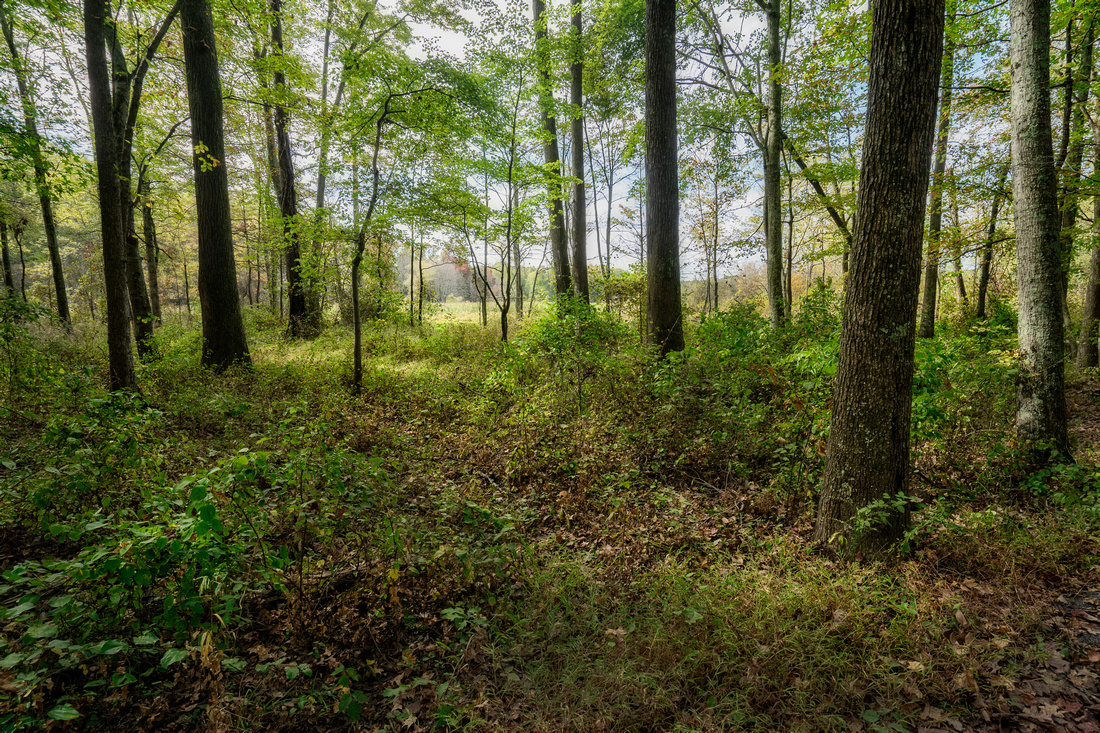 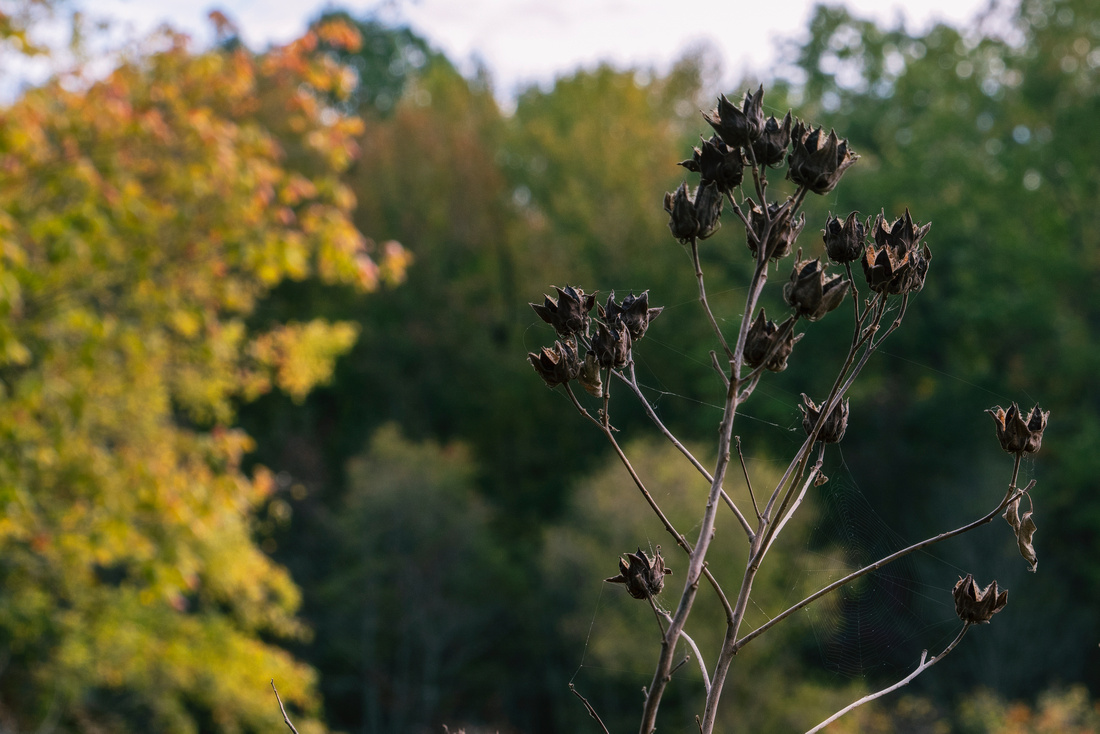 Signs of FallI had to search for leaves on trees that had actual fall colors. Most were just brown. I found this web covered seed pod plant in front of a golden backdrop. 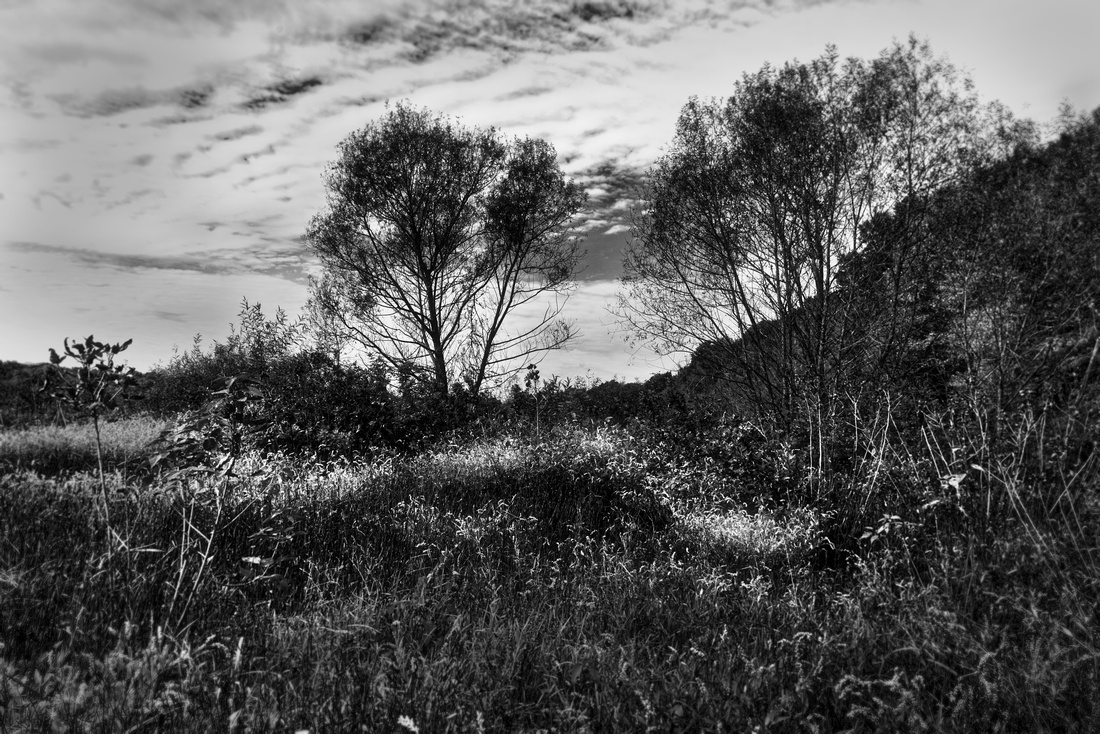 Little Water in the WetlandsMost of the water was gone, puddles and ponds in low spots. Mud islands in what is normally the big "lake-like" part of the wetlands.