Yesterday Diane and I went to a talk by Frank Hallam Day at the Katzen Arts Center Museum. His exhibit "Dark World" is available until December 15 at the Katzen. Frank discussed his images from both a technical perspective as well as the context of where/when/why. All of his imagery is done at night, many of them are done with the use of flashlights on long exposures. He has a "painterly" approach, that is, he paints the light on those images he uses flashlights and he uses photoshop to enhance individual elements of each image. As he says, he is not doing photographic journalism.

Diane suggested that I try the technique when we got home and so I did! The first thing I did was to call the neighbors and tell them that I'd be walking about flashing lights onto their trees! I did not get the effect that I was hoping for but I did get the idea. I think I will try this again but with different lights and lenses. I had fun and it wasn't too cold. This is a 15 second exposure so you can see star trails and you can actually see the strobes of an airliner on the left side of the image. I could have eliminated the jet as a distraction but chose to leave the track in because I think the track is cool. 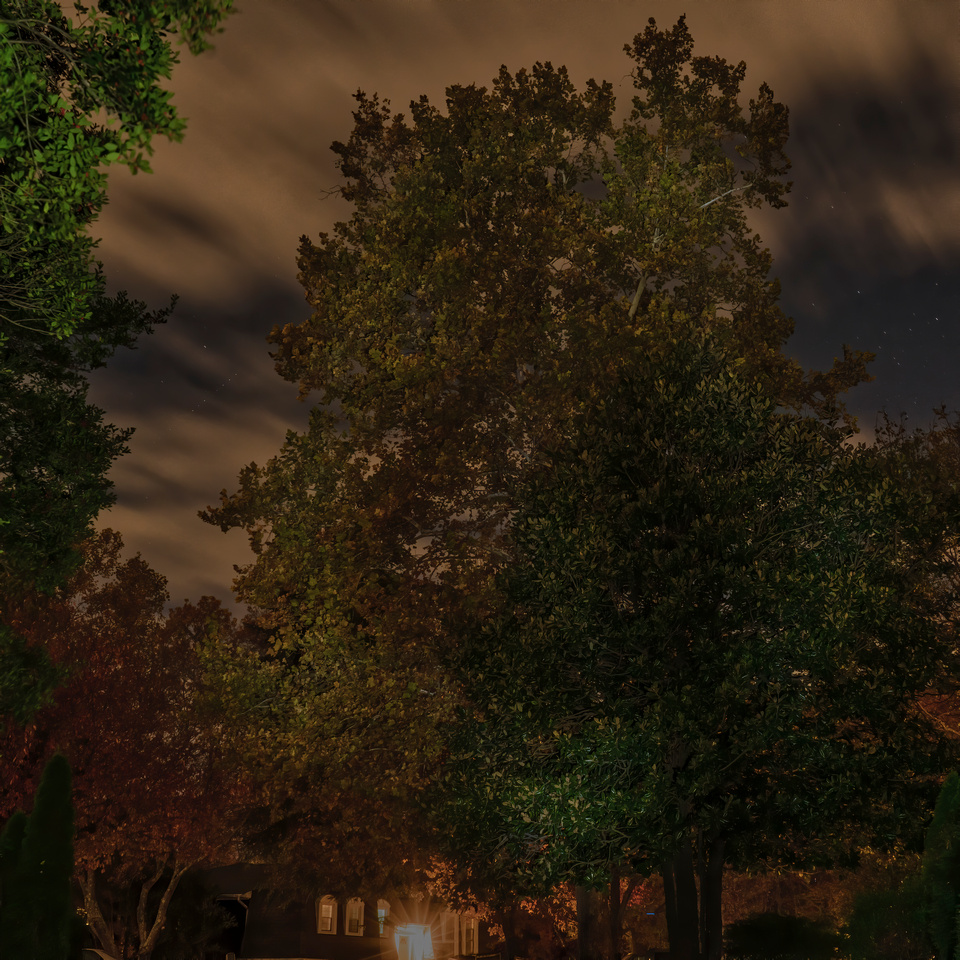