For my University class homework, my assignment was to write a story about me, something true, something memorable and perhaps even dramatic. This is what I submitted.

Within a Hair, A True Story

I woke up screaming, lurching straight up and then lunging out of the bed. My heart was racing, crashing against my ribcage like a trapped sparrow. I was dripping wet, sweating so badly that both I and the sheets were soaked. The terror of my dream was still alive in my head, the ground rushing ferociously toward me and then everything turning black as I woke up. Screaming.  My wife tried to calm me; I’d had the same dream for several nights and sleep was getting harder and harder to find. The dream had started the week before.

I was a United States Air Force instructor pilot in the supersonic T-38 Talon jet trainer. The T-38 was a sleek, two-seater jet with separate, tandem cockpits, one about ten feet behind the other. Normally, the instructor sat in the back and the student in the front. I was experienced, arrogant, and a “good stick;” I knew how to fly the airplane well and was often asked to fly with other instructors, especially if they were practicing for their evaluation flights.

Twice a year, instructor pilots had to endure a flight evaluation called a check ride. A flight examiner acted as the student pilot and evaluated the instructor on their flying and instructional skills. Captain John, a supervisor in the squadron asked me to fly with him on a “practice” check ride. I would pretend to be the examiner on a flight to evaluate his skill at acrobatics and basic aircraft handling. I eagerly accepted.

Flight day was a normal one for west Texas, hot, dry, and clear with afternoon storm clouds forming on the horizon. Our parachutes and anti-G suits were uncomfortably hot, but we couldn’t hurry our activities, John had to talk me through the preflight, engine startup, taxiing, etc., as if I were a student on his first T-38 ride. Most of the time, instructors did not fly the airplane, the students did the flying following a short demonstration from the instructor. However, on check rides, the instructors did most of the flying, again as if this was one of the student’s first flights in the aircraft. The instructor would demonstrate a flight maneuver and then transfer control of the aircraft to the student. Whenever there was a transfer of aircraft control, that change was always a positive,  controlled change. The pilot taking control would shake the control stick and say, “I have the aircraft.” The pilot relinquishing control would only stop flying after hearing that statement and then he would say “Roger, you have the aircraft.” Or something very similar, but always a positive change in control. Except for that day.

The jet we’d been assigned to fly had a new altimeter, the gage that displays altitude, a brand-new AAU-19/A, a semi-electronic instrument. The AAU-19/A had one irritating flaw, its internal electronics would often fail and the pilot would have to manually reset the system with a small switch on the instrument’s panel.

I was pretending to be the evaluator and was flying in the front seat. John asked me to do the takeoff; I pushed the throttles to full afterburner, monitoring the engines as airspeed increased. I pulled back on the control stick at 140 knots and we were airborne! Gear up. Flaps up. Afterburner back to military power. And then a right turn away from the field heading west to our practice airspace. I noted that the AAU-19/A altimeter had dropped offline.

“I’ve lost the altimeter,” I told John. Scanning the horizon, I looked inside and clicked the altimeter’s reset button. John was talking to me about how to do a proper airfield departure.

“I’ve got the altimeter back,” I said as I noted the altimeter warning flag had disappeared. I flew for ten minutes navigating to the practice area as John continued discussing things an instructor would normally be talking about with a newbie student pilot.

“I’ve got the airplane,” he said as he shook the stick indicating he had control.

“Roger, you’ve got it,” I said and rested my arms on the canopy rails as John began  demonstrating slow flight, aircraft stalls, and other basic handling maneuvers.

“I’ve lost the altimeter again,” I said as he began to explain how he was going to do a high-G loop. He pointed the jet at the ground, 60 degrees nose low and pushed the throttles to 100% power. Our airspeed increased to 450 then 500 knots. He pulled smoothly back on the stick to 4.5-5 G’s and completed a perfect loop. I pushed the altimeter reset button at the bottom of the loop and the system came back online.

“I’ve got the altimeter back.” I don’t remember if John responded. He was telling me about an aircraft accident that had happened a few weeks ago. He was explaining that the accident may have happened because the T-38 went into a spin.

“No and I’m really not interested.” I knew that the T-38’s scrawny wings were great for speed and fast dashes but were not so good at spins, in fact, spins were prohibited maneuvers.

John was adamant, though, “Here, I’ll just show you the edge so you know what it feels like and you can avoid that region of flight.” Well. He was a senior officer. Mistake one.

John began a nose high vertical maneuver in 100% power and then jammed in full rudder and full opposite aileron, a cross control that was extremely uncomfortable. Mistake 2.

The altimeter came back on. “I got it back,” I said, talking about the altimeter. I put my arms on the canopy rails. Mistake 3.

The nose of the aircraft gently fell and smoothly evened out at 60-70 degrees nose low. A little more dramatic than I liked but John’s Vietnam War experience made him more aggressive than many of us instructors. The throttles stayed full up at 100%, full military power! We were very close to a population center and the folks on the ground were probably getting a show because even though we were at 20,000 feet, we were leaving contrails during parts of our maneuvers. Our dive continued.

I was beginning to wonder about our airspeed as we were fast approaching supersonic and we were not in an area or at an altitude in which supersonic flight was permitted. In fact, we were so close to a town that I was sure if we went supersonic the phone calls would be in the commander’s office long before we landed. Our speed increased from .90 Mach (90% the speed of sound) to .95 to .98 then to 1.1. Fully supersonic and our indicated airspeed was well over 600 knots! Sixty degrees nose low, speed of sound. Ground racing at us.

“What am I doing?” He screamed.

No one had been flying the jet.

We each grabbed the stick in our cockpits and both of us pulled as hard as we could. The horizon was gone, all I could see was ground.  I saw people in their cars! We pulled so hard that my vision dimmed. We were grunting and screaming at the 9+ G’s of gravity forces. Our jet’s nose finally came up through the horizon and we began to climb.

“I have the aircraft,” John said, shaking the stick.

“Roger, you’ve got it,” I panted, releasing my stick. We climbed to 15,000 feet in absolute silence. We circled for ten minutes without saying a word. We’d missed the ground by less than a hundred feet. I remember looking up at power lines.

I lived the last five seconds of that dive over and over again for many, many days and nights. Today, forty-four years later I can close my eyes and still see the ground coming at me. 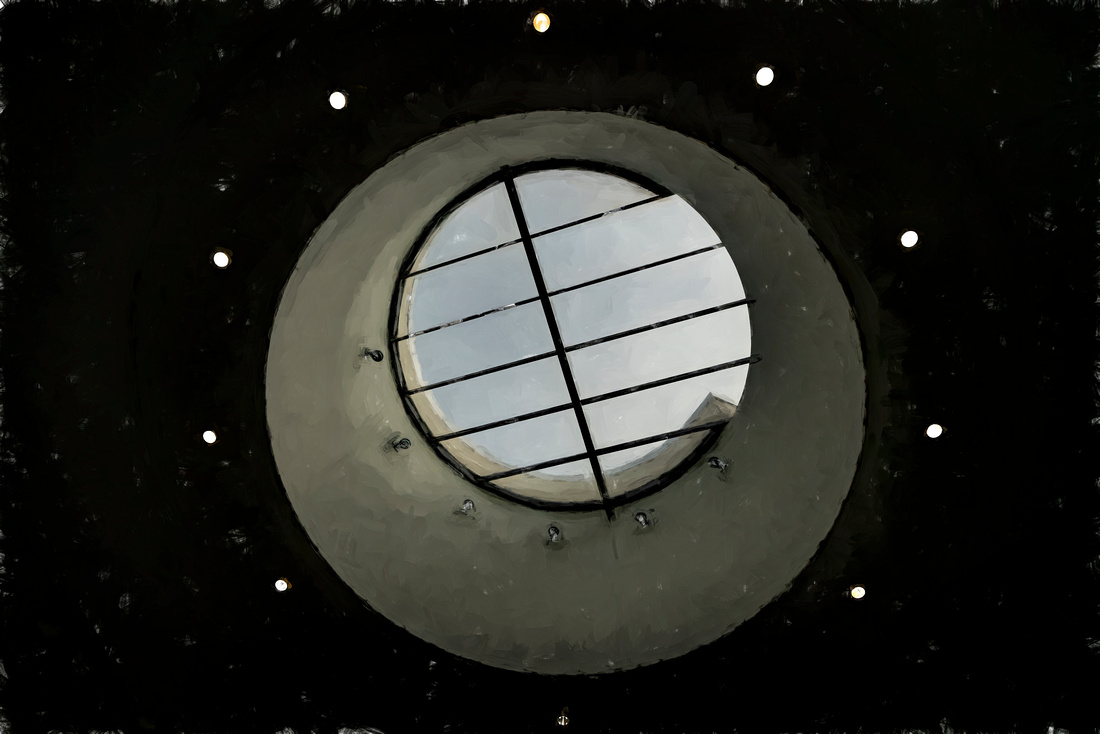