I was potsying around in the house this morning when I looked outside and...wow! Fog in the middle of the day!! Just another weather thingie; freezing temperatures one day and then the 40s the next! And that causes fog which is usually good for photographs. Since the day was half over and that meant the fog would be short-lived I dropped what I was doing and headed to Lake Accotink. Some really fun images seemed to jump out at me and I will post more of them over the next few days.

Lake Accotink is a manmade lake just a few blocks from my house. When these neighborhoods were built, most people didn't care much about drainage or the environment. Consequently, all of the storm and water drainage goes into Lake Accotink which flows to the Potomac and then into the Chesapeake. But, most of the solids that go into the storm drains actually STAY in Lake Accotink, they do NOT go downstream. After a few years the silt builds up so badly that the lake is only a couple of feet deep except at the dam and so to keep the lake, Fairfax County must dredge every few years. The tax base in the county used to be a lot higher than it is now and so dredging wasn't that much of an expense (relatively) but now, it's expensive. A study was completed and the county supervisors decided to keep the lake rather than just letting the silt build up to the point of making the lake a marsh. I like to visit the lake, the dam is cool, the hiking and biking trails are neat, a small marina with paddle boats and canoes is perfect, and today...well, the fog was perfect. Until it started rolling away! 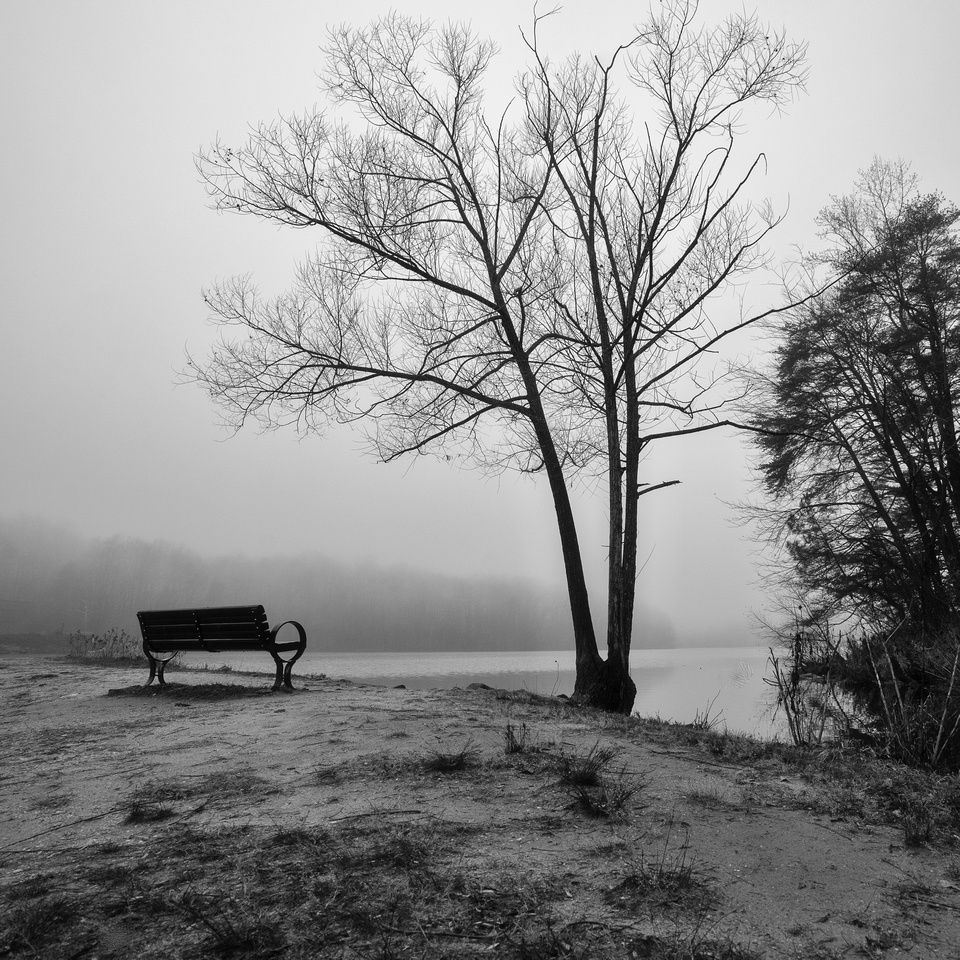