Early last week I actually went out in the heat; a friend and I drove to Little Seneca Lake near Gaithersburg, MD. This place is another one of those suburban parks that is well hidden and a real "Wow" when you get there. It's a relatively large lake, >500 acres with several Maryland Park facilities. They apparently have boats and stuff to rent as well as water and worms. When we arrived, summer camp kids were fishing from the shore and dock with a great amount of enthusiasm, which I'm guessing the fish were also enjoying since I didn't see any sign of kids actually catching a fish. There are many trails and paths around the lake, or at least we think there probably are since we only went a short bit along the shoreline. The temperature wasn't awful, the humidity wasn't either but both were high. One part of a road had collapsed into the lake creating a light, latte like color in the water on the ck. On the other side of the road was a lone tree in the water, the last tree standing on what was probably once shoreline. 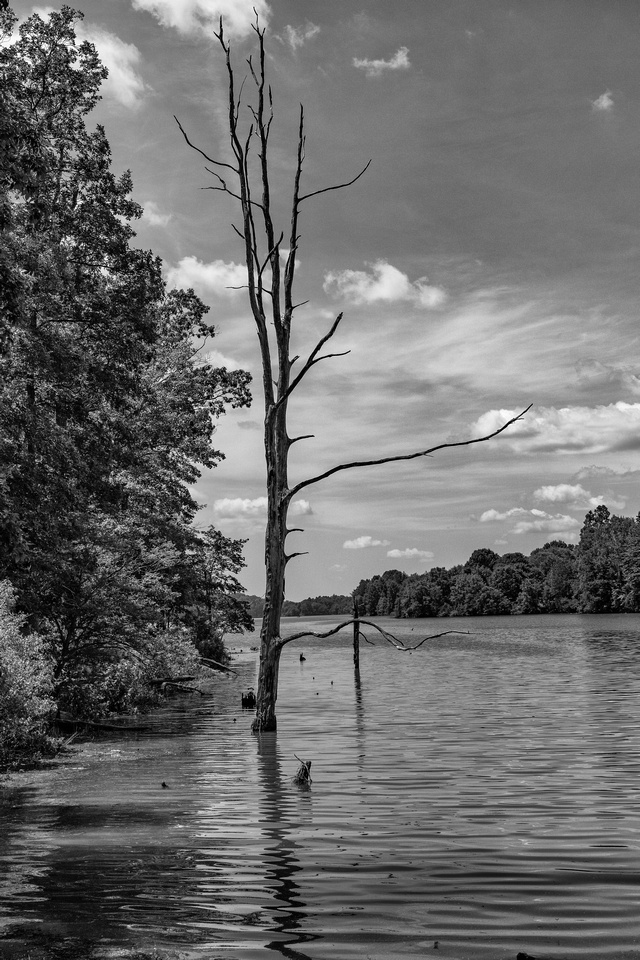 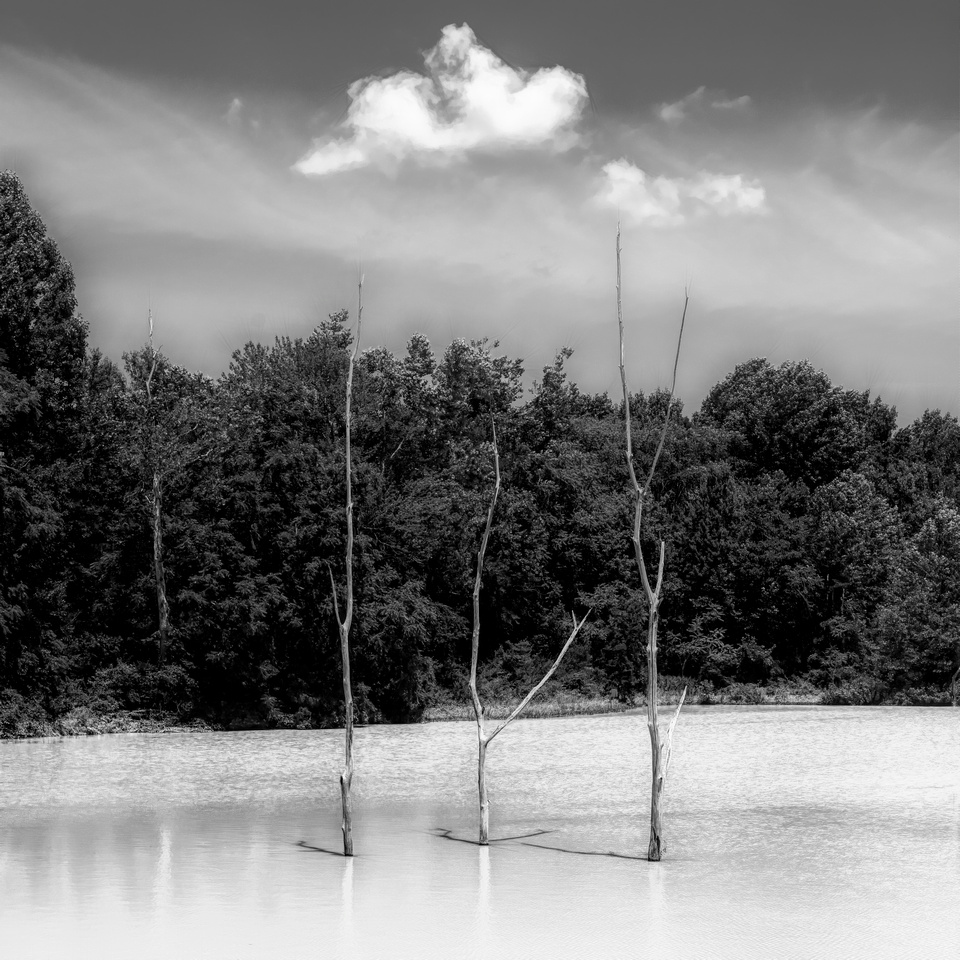