During the COVID Calamity I have decided to get out at least once a week on a "non-interactive basis"...which means I won't actually get close to anyone. I will post a picture or two from each of these outings, even if they are only just okay images. I guess just to prove that I'm alive if nothing else. I'm also going to post them on twitter (VASnaps) and IG (@leehalvorsen) so you might see them more than once. Oh, the agony.

Yesterday a friend and I went to Belle Haven Marina (separate cars BTW). It's an interesting place, fully operational although not terribly busy. It's a school and perhaps a summer camp like operation for kids. There are quite a few boats at dock, all sizes, all types, all conditions. There is an inland waterway kind of thing that has older boats tied up, boats that don't look like they've seen the open water in a long time. Lots of kayaks, boards, etc. Most of the people visiting were masked, more than half I'd guess.

After the marina we walked for a short bit on the trail in Dyke's Marsh. The image of sailboats taken through the trees is from that trail. That was a peaceful walk. There were portions of the trail that were directly next to the river and the shore was a sandy beach. We also saw an eagle, sitting alone on the branch of a dead tree with nothing else around it. Perfectly posed!! But I only had my short lens and so no closeup eagle shots. Oh well, the eagle has been done before, but I enjoyed the sight! Only about half the people walking on the trail had masks. Sigh. 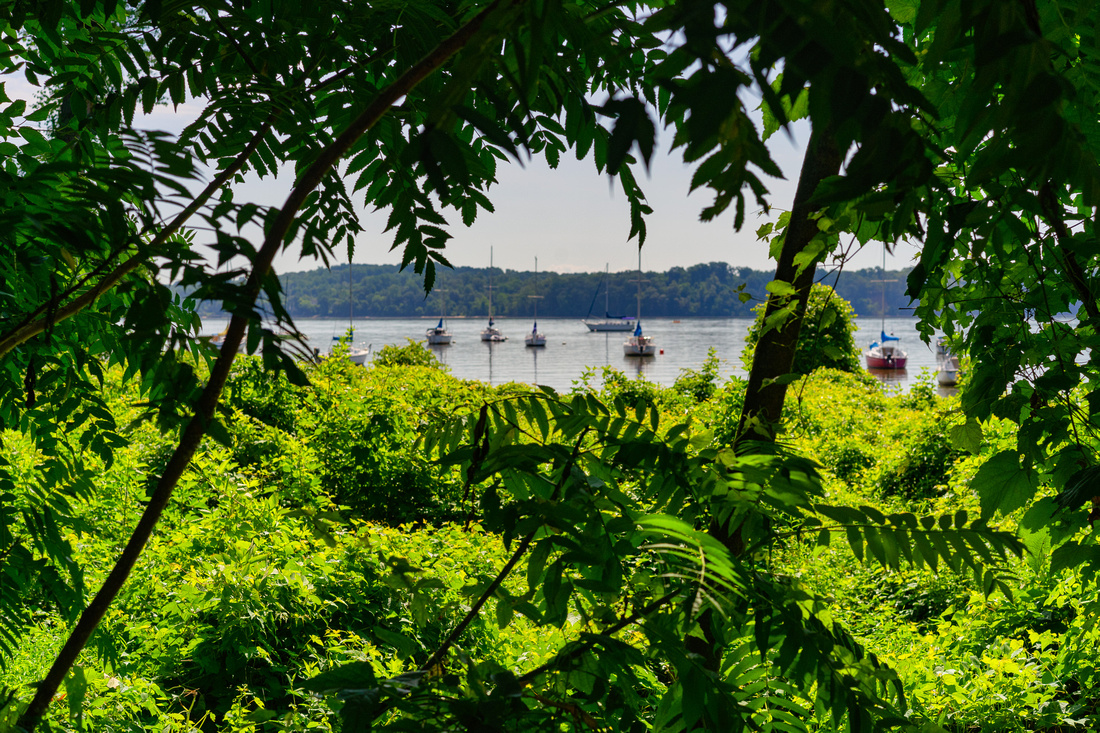 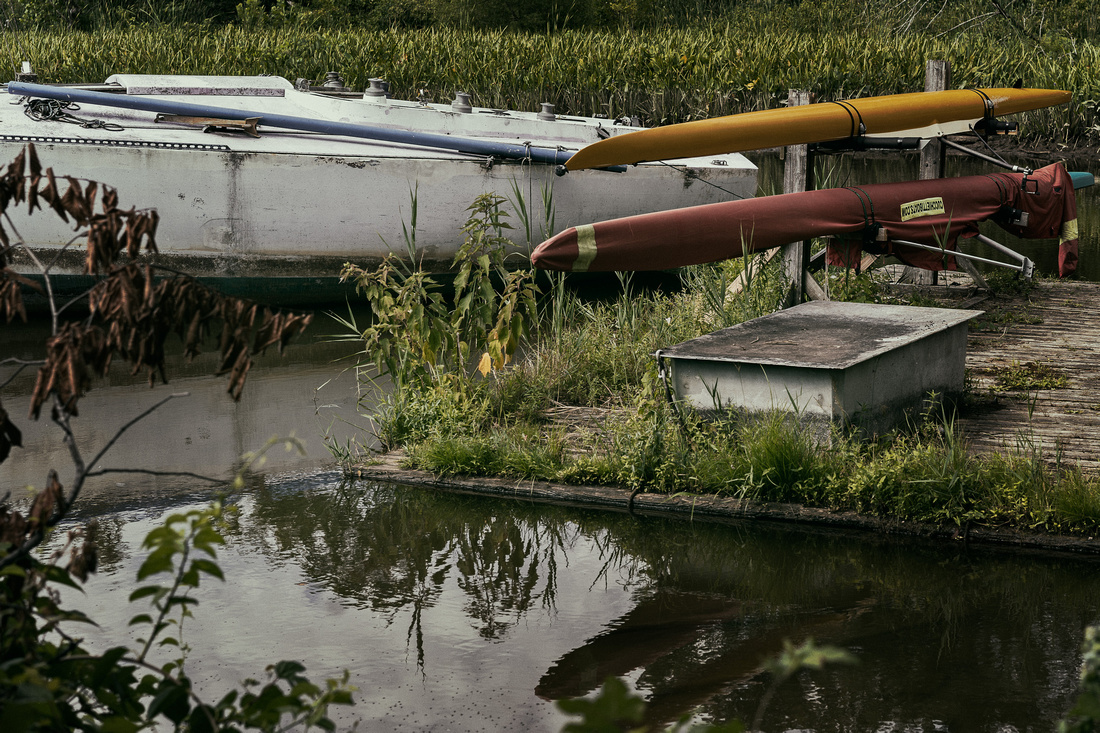 Old BoatsKayaks and an old sailboat in the Belle Haven Marina