Women and the Right To Vote

Things worthwhile are seldom easily attained and the right to vote is one of those things. Yesterday I wrote about Suffragists who were imprisoned and tortured in Lorton Prison in Fairfax County, Virginia. Today I coincidentally read an article by Kate Clarke Lemay (https://tinyurl.com/yxtt5oj6) about American women participating in World War I. Apparently the line of thought was that women should not have the right to vote since they did not help the country during combat. Of course, that limitatiation was a result of male-made regulations and laws.

But, there is another story from 102 years ago about fighting for those rights on the battlefield. The National American Woman Suffrage Association (NAWSA) independently funded and sent 78 American women doctors and nurses to France. With assistance from other Suffragists, they built medical installations, hospitals, etc., and provided critical medical care on and very near the battlefields. Black women were sadly shut out of NAWSA but organized themselves under Howard University graduate Dr. Mary L. Brown and provided similar support through the Red Cross. Not surprisingly, more than 100 American women during WWI were decorated by foreign governments...but none by the United States.

This image, "Yesterday's Vision" is from the Rawlings Conservatory in Baltimore, MD, and was taken in March 2018. The conservatory was originally opened in 1888 and was renovated in 2002-4. 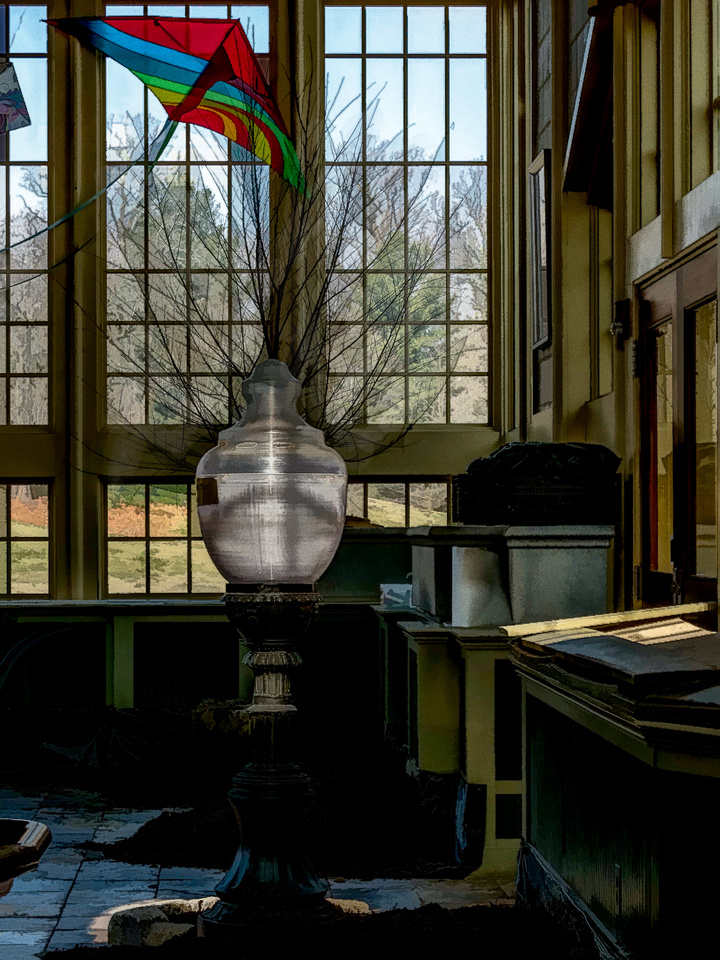