The door on the far left of the Big House was the entrance into the administrative area. The head of the school in the 1960s was Father Egbert Figaro, his office was just inside that door and on the left. Father Figaro was a slight man, born in Trinidad, raised in New Jersey. He earned a B.A. and B.D. from Ferndale Seminary, an M.S. from the University of Michigan, and an M.Ed. from Eastern Michigan State. He was assigned to the school in 1958 as a teacher, moved to assistant principal, and in 1966 became the Commandant of the Academy as well as the Superior of the religious community. The decision to close St Emma was made in 1970 but Fr Figaro remained active with the alumni association for the rest of his life. I'm betting that his voice can still be heard echoing across the blacktop by visiting alumni.

The original part of the house was built in the 1840s and is the right half of this image. Visitors would have arrived at the portico and been greeted by a member of the Cocke family. The other side of the house faced the James River. People were most likely to see the house from the river side since that was the main method of transportation when the mansion was built. 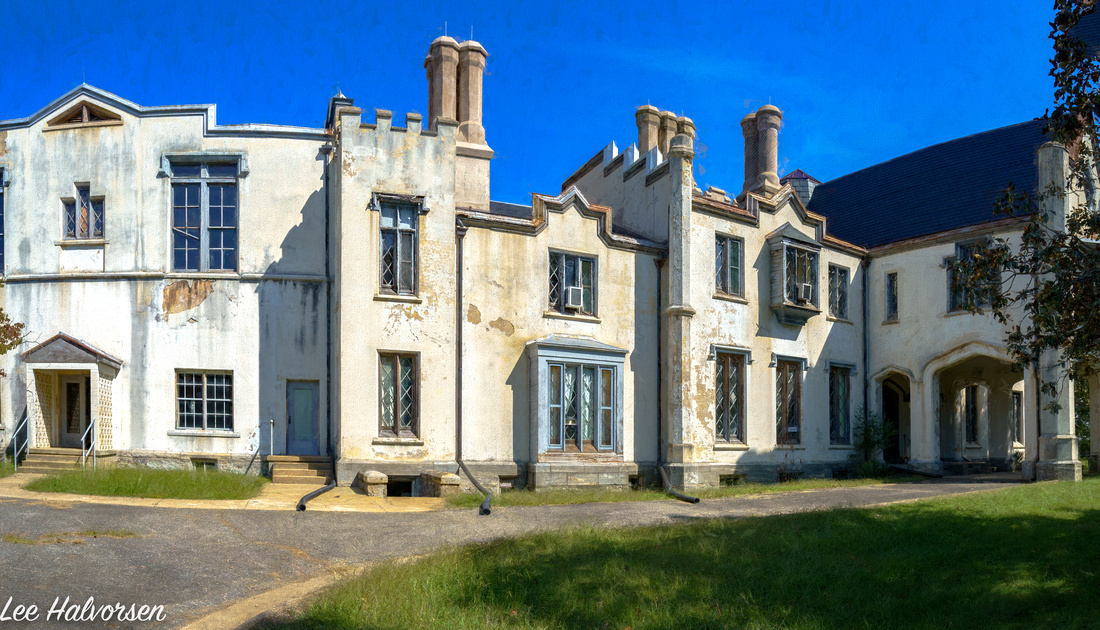 Belmead on the JamesThe "Big House" on the land side, the other side is the river side and would have been what was seen most by people passing by on the James River