My grandfather was a linotype operator, he typed on a machine that created blocks of raised letters (called slugs) from molten metal which were then put into columns, then onto pages, then onto presses, then inked and made into newspapers. He used to take me into the newspaper building's magical, noisy world and I'd watch the paper rolling through the presses to become our small town newspaper, "The Huronite." The "Huronite:" eventually became the "Daily Plainsman" and the printing presses disappeared into...well, I don't know but I'm pretty sure they're gone. Today I read that the newspaper in Sioux Falls, SD, the "Argus Leader," would also stop printing its own paper and would contract printing out to an out-of-state company. People just don't read newspapers anymore and to survive, papers have to consolidate big operations, like printing and distribution.

I think not reading newspapers is sad because they are run locally, even if they have a wider distribution, and they have a general code of conduct, not always followed, but one that requires a level of integrity and truth that isn't required by foreign trolls or internet posts (like this one). Fewer newspapers is probably better for the trees but I'm pretty sure it's not better for the people. 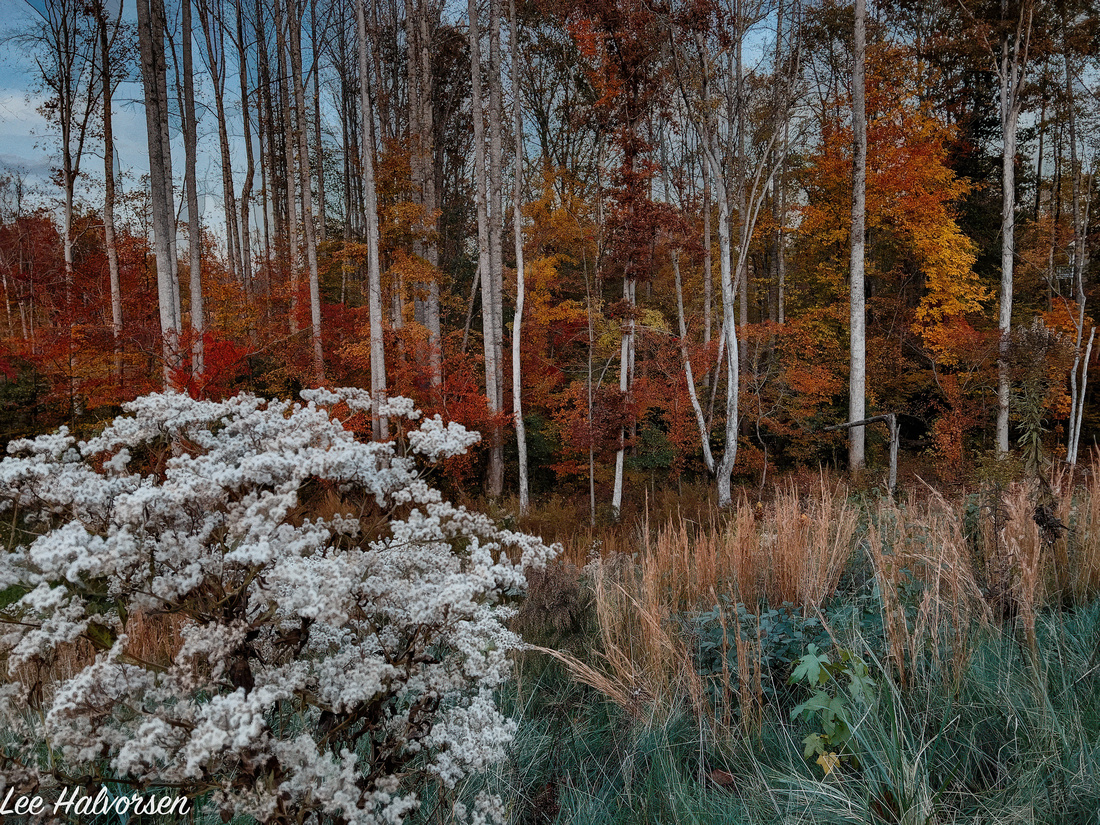 AutumnAutumn colors as the sun sets