One hundred years ago my grandparents spent their "leisure time" camping out in South Dakota, Wyoming, and Minnesota. They camped and hiked in remote places and collected artifacts such as arrowheads, tomahawks, and other Native American pieces. Sadly, after grandpa died, grandmother sold his collections which probably should have gone to a museum. Years later when she sold her house and moved, she found a small bucket of grandpa's "rejects" which she passed on to me. Most were shattered arrowheads or broken points. Among the rejects was this stone carving, probably from a pipestone quarry in southeast Minnesota. The little statue is about 4 inches high and an inch and a half wide. The carving is very delicate, a bison on the front base, a fox and a bird on the side bases.

The land where pipestone is quarried is considered holy ground by Native Americans and the color of the stone represents the blood spilled by their people. I wrote the South Dakota State Historical Society about it. They didn't respond. Same with the Smithsonian. I guess I shouldn't be surprised.

Stone CarvingPipestone carving, note the buffalo on the base 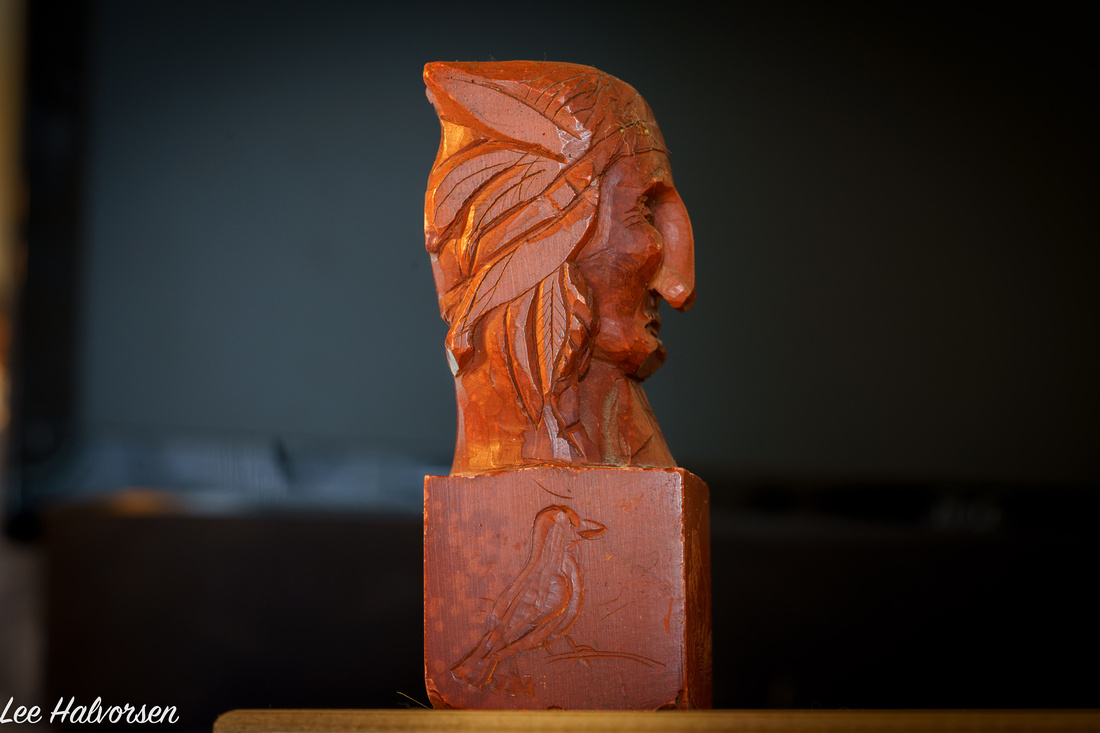 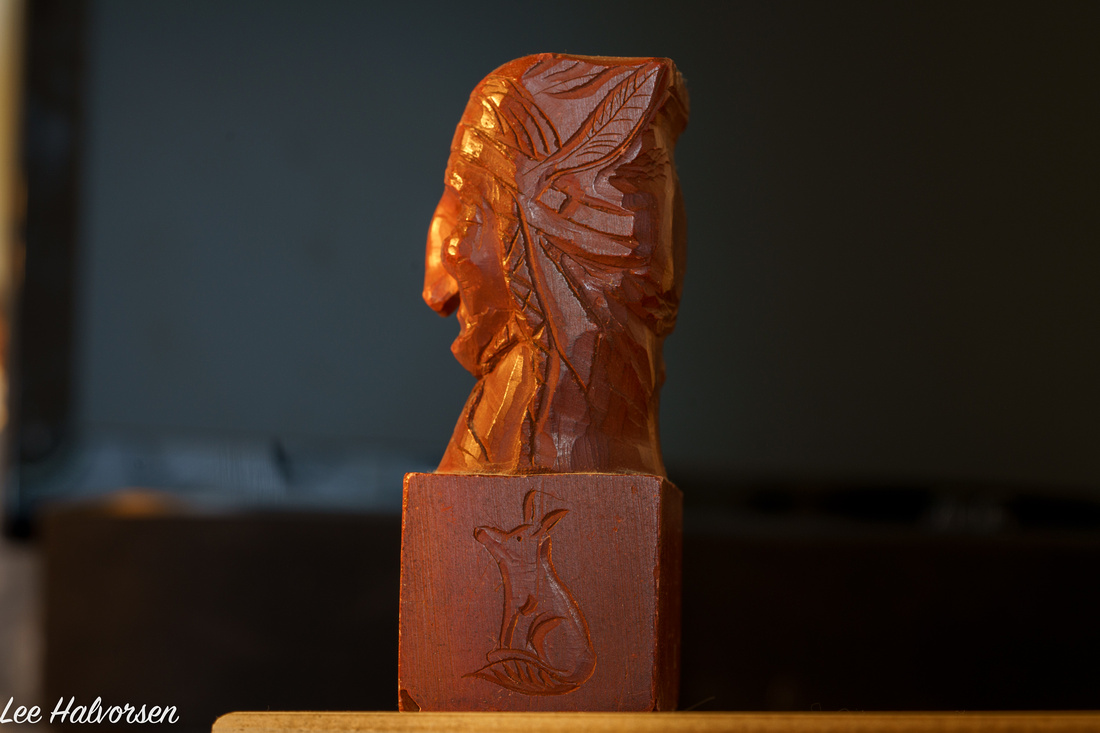 Pipestone - Left ViewArtifact from my grandparents