Sounds like a scary movie..."The Night Walker." Probably was, I'll google it. Hmmm. Well, in 1964 Barbara Stanwyck and Robert Taylor starred in a "psychological thriller" with that name. Last night I walked about the river blocks of Old Town Alexandria. Not a lot of people, but of course, the time was early and folks weren't really out and about yet. I had double masked and maintained well over 6 feet distance from everyone I met. The weather was mild which I think was because there was no wind. Or maybe my senses have just been numbed.

I was looking for color combinations that stood out in the night and provided sort of a "film noir" feeling. Over the next few days, I'll post a few of them. I was shooting at a high ISO, 5000, and so they might be a bit grainy. I enjoyed the walk. 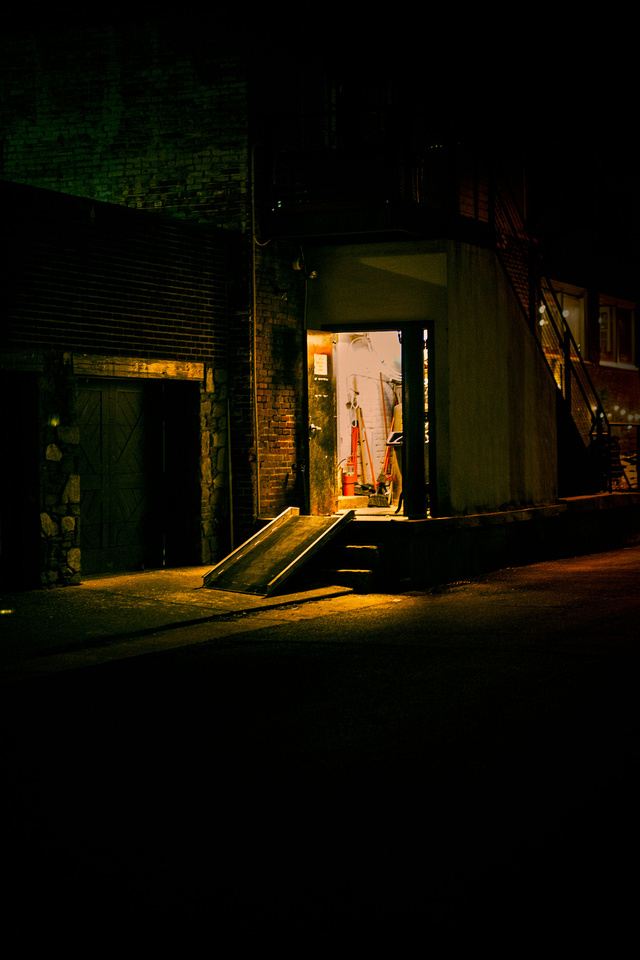 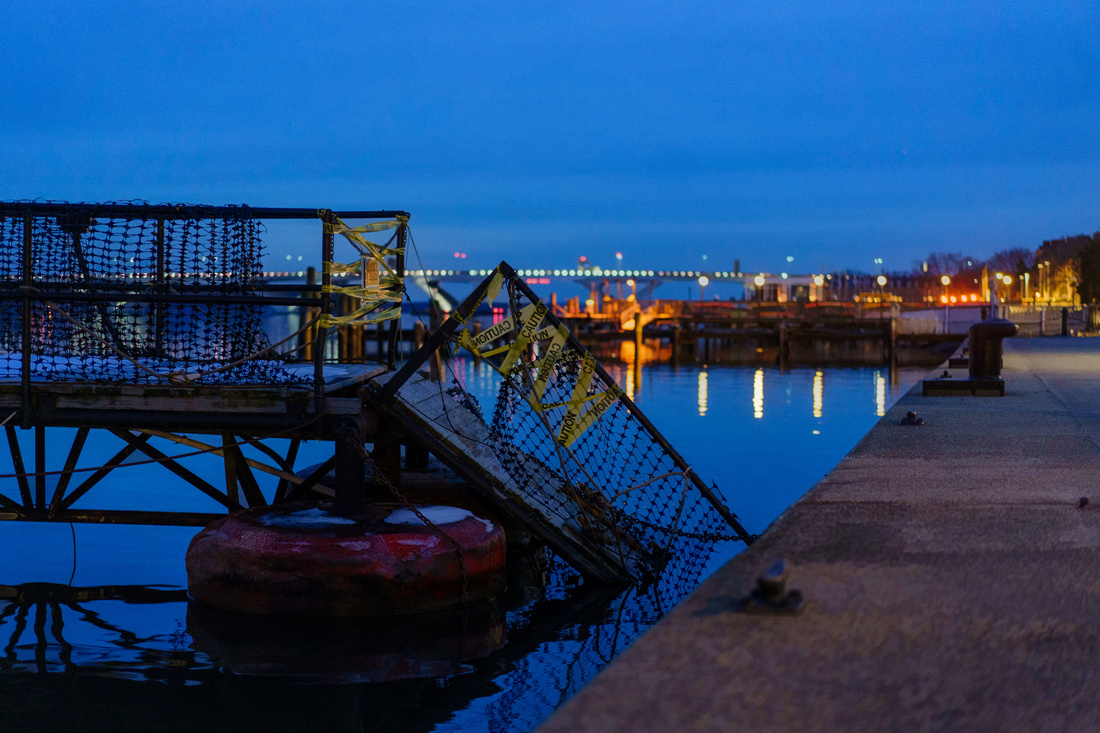 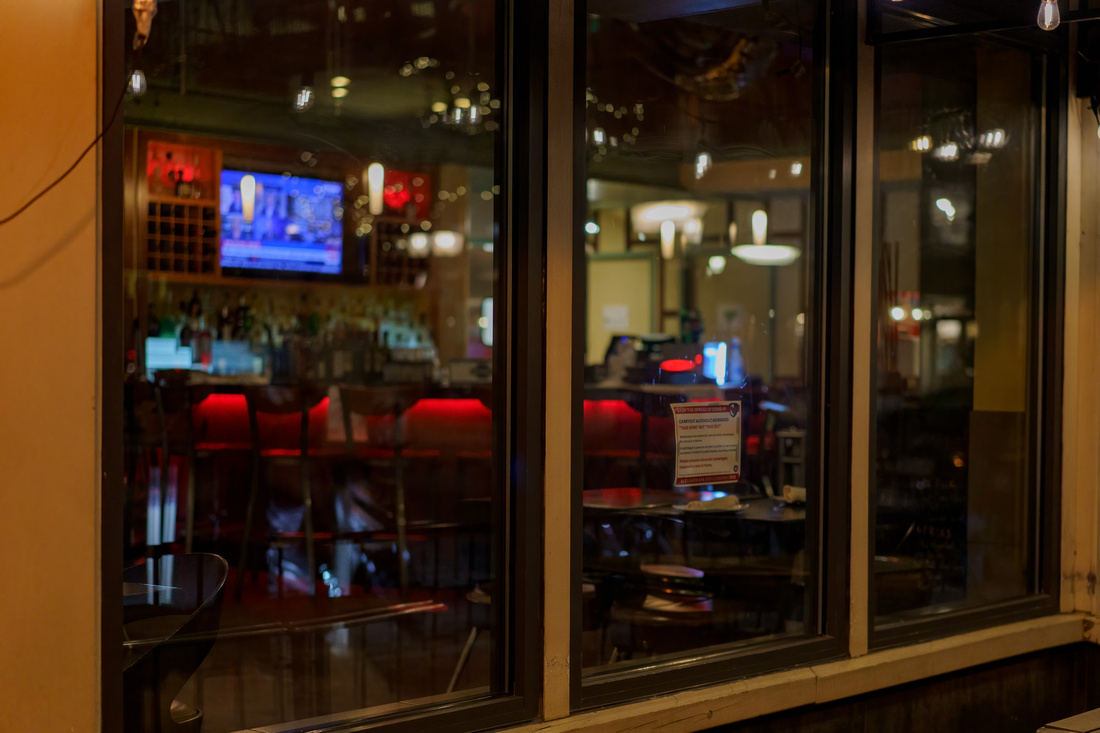 Empty RestaurantIt was early, maybe before the dinner crowd. Or maybe the pandemic norm.