A friend and I met in Fredericksburg for a walkabout in the heat. We spent most of our time at Chatham Manor, in the garden, not the house. The grounds are beautiful and the site is peaceful. The manor overlooks the Rappahannock River and the center of downtown Fredericksburg. The Union soldiers occupied the house during the Civil War and turned it into a hospital while the grounds were used as cannon emplacements. The death toll on both sides of the river was horrendous. Apparently the manor took a real beating, too and wasn't fully restored for decades. Enslaved people built the manor, planted and harvested the crops, and served the white owners until the Union soldiers arrived. This image of the grounds with what I think is a post Civil War statue of Pan. 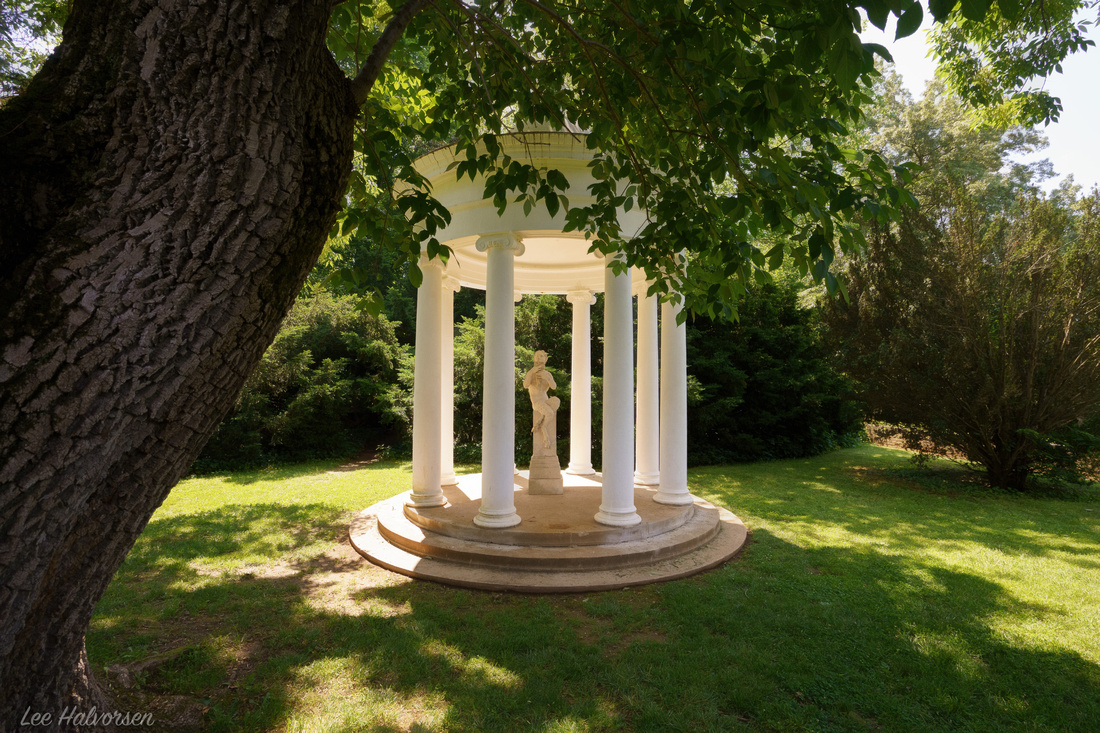 Statue of PanChatham Manor in Fredericksburg with Pan in the Garden