This was made from combat debris of World War I...The Great War...The War to End All Wars...but realistically, just World War I. It sat in my grandparents basement in a backroom for decades. I ended up with it somehow. An attempt to bring some sort of "normalcy" to a war souvenir. The inscription is meaningless to me and to Google. It says:

That's engraved on the shell casing which is about 6" high, perhaps a 40mm shell. It's mounted on a small stand and on the brass plate that's on the small stand it says:

The image below is a detail of the 2" clock that is mounted on the round. If anyone has a clue about any of the engravings, I'd really appreciate it if you'd let me know! Thanks!!! 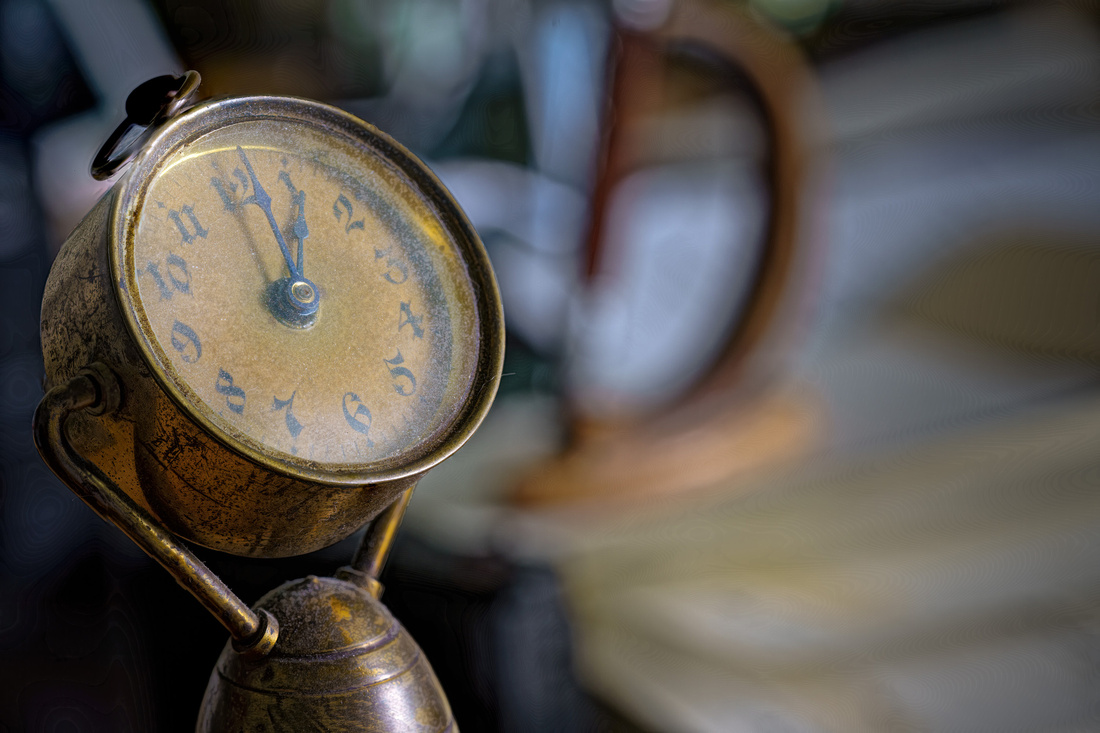 Trench ArtA two inch clock mounted on an artillery shell from World War I. This type of thing was called Trench Art.

John Geraghty(non-registered)
This was a good link that explains some mortar shell markings.