Yesterday I was in downtown Richmond and wanted to walk to the river in a non-touristy place. I found this trail not too far from the Main Street Train Station, If you look through the door on the right you can see the river or canal and the train track. The road you see was sadly slammed with rush hour traffic and I could not safely cross the road. I found this sign on the wall. I think the wall is part of the flood prevention project.

Libby prison was evidently a horror house of sick and wounded Union soldiers. There was a sign describing the conditions of the place and they were awful. Lest we think the Union was nice to their prisoners, I was reminded of Elmira Prison in New York, another horror house where confederate prisoners were held. An ancestor of mine, on the Jones Family side, was the last commander of Elmira prison. 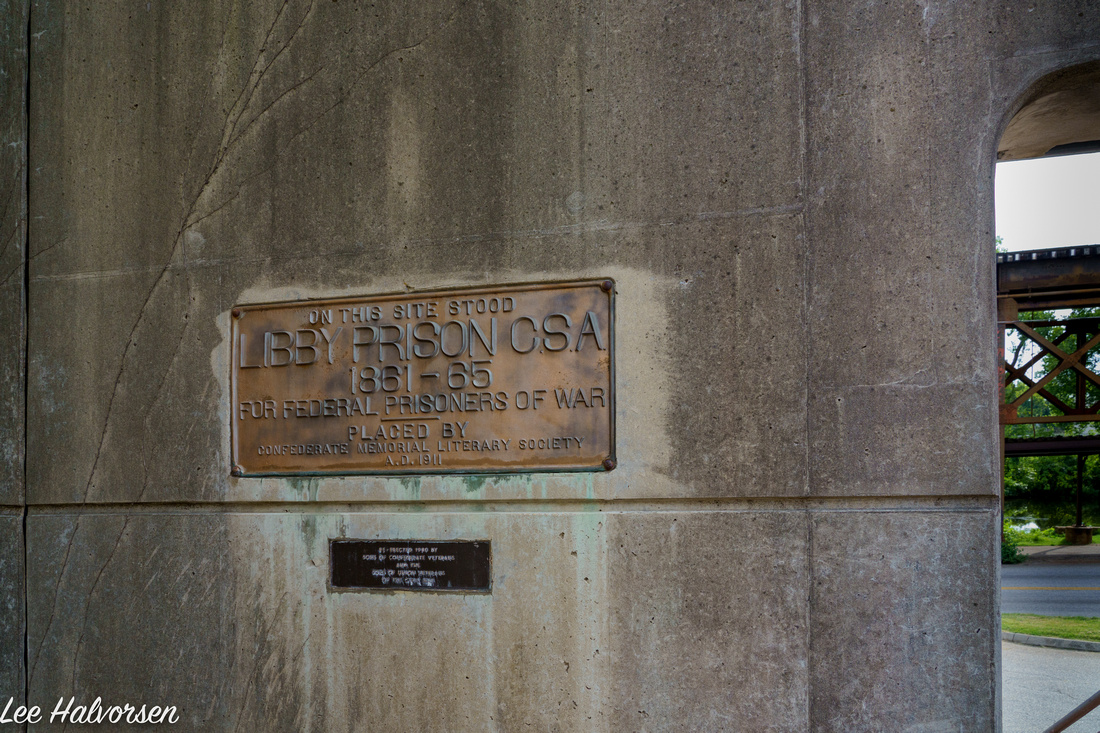