The Nazi concentration camps were where hate, racism, and nationalism came alive and manifested themselves in the German people who savagely raped, maimed, murdered, and defiled millions of people including children. They did all this in the name of a "superior race" and manifest destiny of the country. With the careful manipulation of the German people, the press, the military, and society, Hitler's henchman turned a land of reasonable, normal people into a heartless, savage, brutal nation. Hitler used the mantra of making Germany great again, a new reiche, a new destiny. He blamed Jews for high unemployment, for stealing jobs from aryan Germans, for causing national financial distress, and more. Little by little, the German people bought into it. Was it just Hitler and the SS? No, it had become the national thing to do. When Germany was losing and the Allies were quickly approaching the concentration camps, many of the camp commanders did forced death marches so that they could continue the final solution in another camp or along the march route.

This image is from the Richmond Holocaust museum, an oven from a concentration camp. Someone placed a single red rose in a "In Memoriam" vase. I ache for the 6 million souls lost in that Holocaust. I am nervous about the nationalism, racism, and hate that is capturing our nation and the world because of fear and the ever increasing need for power by the nationalists. Shameful. Hurtful. Deadly. 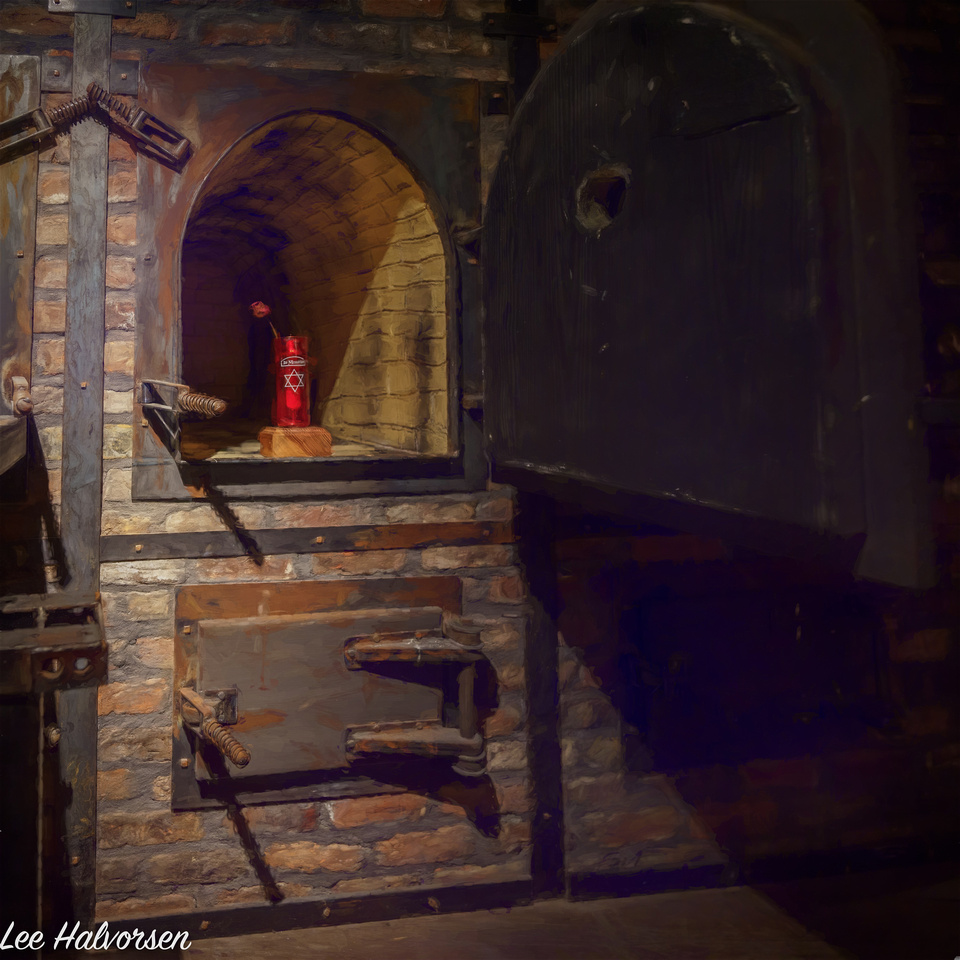 Lynn(non-registered)
well said brother …. Currently the world is a very scary place with no sense of what is “good” for the people.. only what is good for one’s party reducing our country’s ability to coherently act what is in the best interest of our freedom, our individuality and our liberty. “ One nation under God, indivisible with liberty and justice for all” seems not to apply which is beyond sad.
No comments posted.
Loading...
Subscribe
RSS
Recent Posts
Confederate Icons My Favorite Images of 2021 Ghosts of Hollywood Cemetery A Carved Stone, Perhaps Pipestone "Portraits" from Belmead Ghosts of Francis de Sales School National Landing Man Ray, The Paris Years Printing Newspapers To Facebook or Not To Facebook, That is the Question
Keywords
dc Lake alexandria washington park bridge Virginia potomac Museum Burke
Archive
January February March April May June July August September October November December
© Lee Halvorsen
User Agreement
Cancel
Continue