I'm turning a concept into a project: the abandoned St Emma and St Francis de Sales buildings represent the best and the worst of humanity. The book will include images I've found and poems I've written as I walk the property. This first image is from the tower in the Gothic Revival styled mansion and is the inner title page. So far...very early edit. There will certainly be changes. Many.

This is an excerpt from Chapter 1: "The day after Christmas, 1861, Confederate General Philip St. George Cocke had dinner looking out over this lawn. After eating, he walked outside onto these steps and shot himself in the head.  The fate of the plantation he built with the help of his enslaved workforce was litigated for years and finally adjudicated in 1897.

Saint Katharine Drexel founded the Sisters of the Blessed Sacrament order of nuns in 1892 and focused on providing education and educational facilities to people of color. She purchased Belmead-on-the-James and built St. Francis de Sales School for African-American girls in 1899 less than a mile east of this mansion. Katharine’s half sister Louise Morrell and Louise’s husband Edward converted the Belmead mansion into St. Emma Military Academy for Boys. St. Emma was the only military high school for Black Americans in the United States. Ever. Still.

The schools prospered and grew throughout the first half of the twentieth century. Primarily technical and service oriented in nature, when integration began in the 1960s enrollment began to fall. Together the two institutions graduated over 15,000 students until they both closed in the early 1970s.

This book includes images from the four seasons of the mansion, the grounds, the outbuildings, and the St. Francis de Sales nave. I added haikus of my impressions of the places when those places evoked in me notions of melancholy balanced with hope." 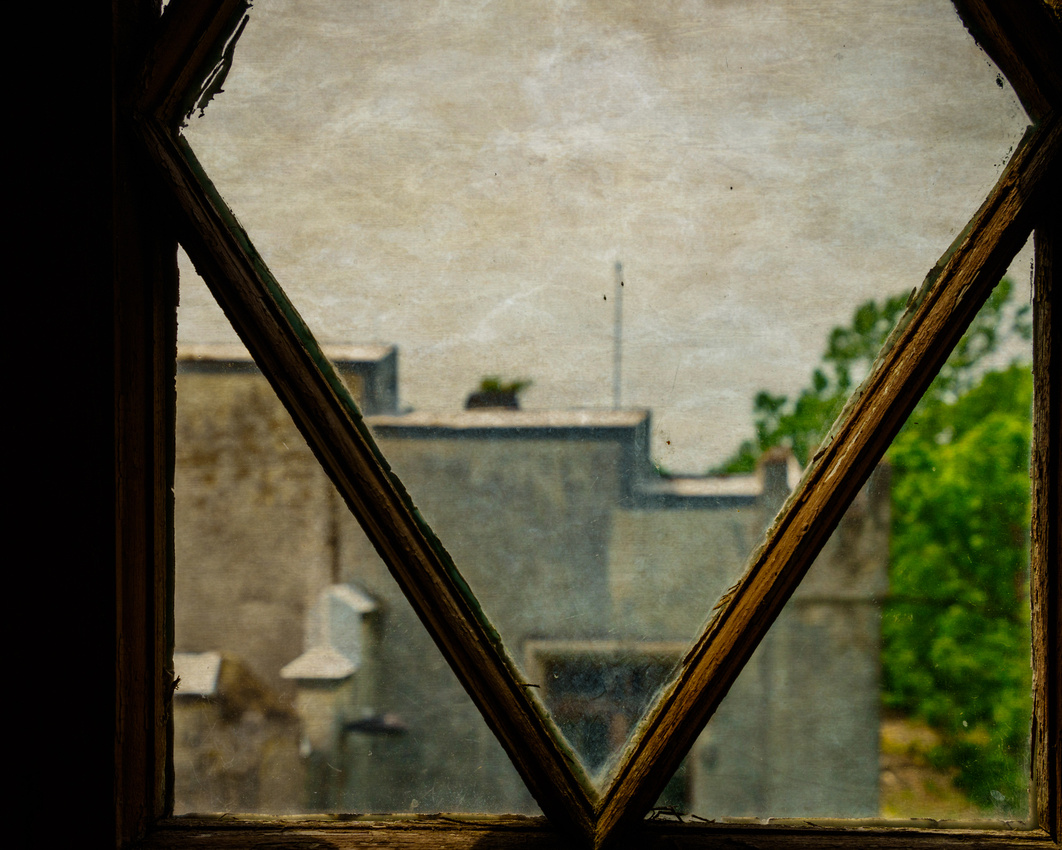 Looking OutView from the mansion tower at the roofline of the west wing.