"Enslaved to Empowered" is the tagline some graduates of St Emma use when they describe how they feel about this building and the school. The plantation mansion was built in the 1830s by enslaved people and then converted to a school for African Americans in the early 20th century. The contributions that the graduates made to U.S. society and economy are no doubt significant.

Much of St Emma has been destroyed. To the west of the house is a large asphalt "pad" or parade ground. That's where the cadets held their parades, formations, and punishment tours. Around that pad were the student buildings, a chapel, dormitories, gymnasium, academic halls, etc. When the school closed the buildings were seldom used and apparently not maintained. Three of the Sisters of the Blessed Sacrament continued to live in the mansion after closing the school; some of their furnishings are still there. For some years after St Emma closed, the sisters conducted alternative education, I'm not sure about this, I'll have to do more research. In the early 1990s, the structures of the St Emma school were in such disrepair and potentially dangerous that the sisters had all of the structures bulldozed into a ravine on the west side of the complex. Everything except the mansion where they lived.

The image below is from the river side of the house. Belmead mansion sits high on a hill and would have been clearly visible to boaters on the James River just a quarter of a mile away. Additionally, a railroad was eventually built on the north side of the James and a small train stop was directly across from Belmead. Some St Emma students would take the train to a small stop which I believe was called "Rock Castle." A small ferry would take them south across the river to St Emma. Perhaps girls took the same route to St Francis de Sales. 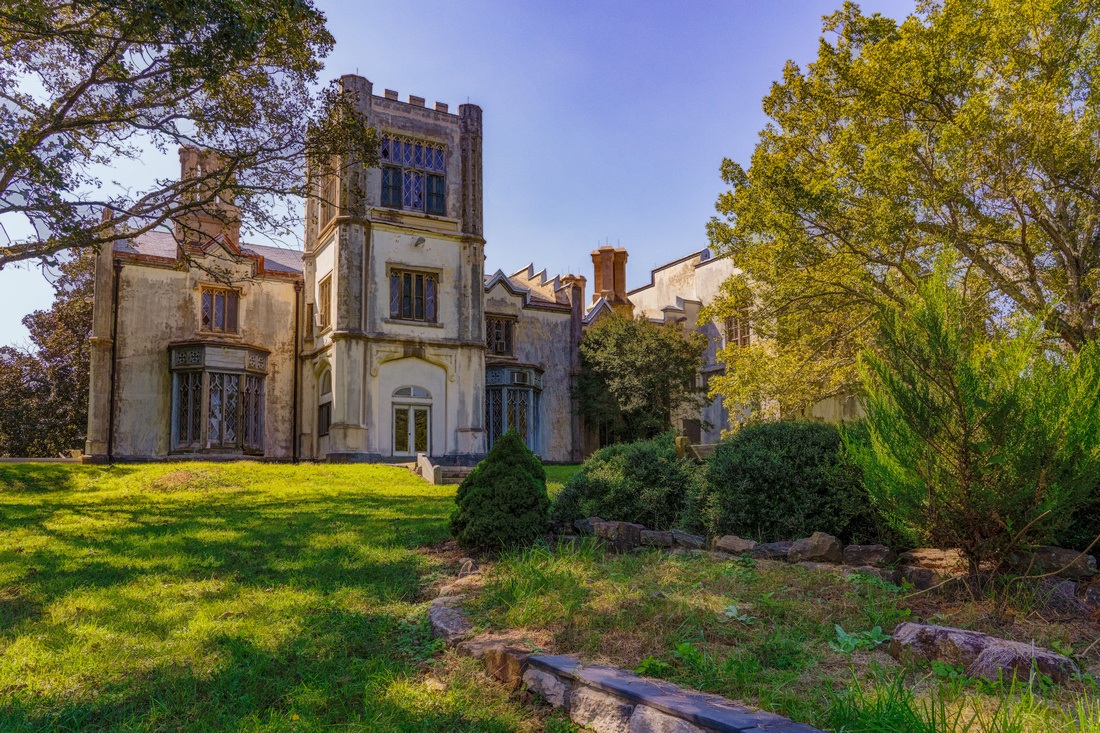 Belmead on the JamesThis is the James River side of the mansion easily viewable from the river.