The granary was built on the Belmead plantation in the lowlands not too far from the James River. Most of the stones were quarried on the plantation and probably the wooden doors and beams were also harvested from the land. I assume that the structure was built by enslaved people. The main beam that crosses from front to back is massive and must have been horrendous to lift into place. 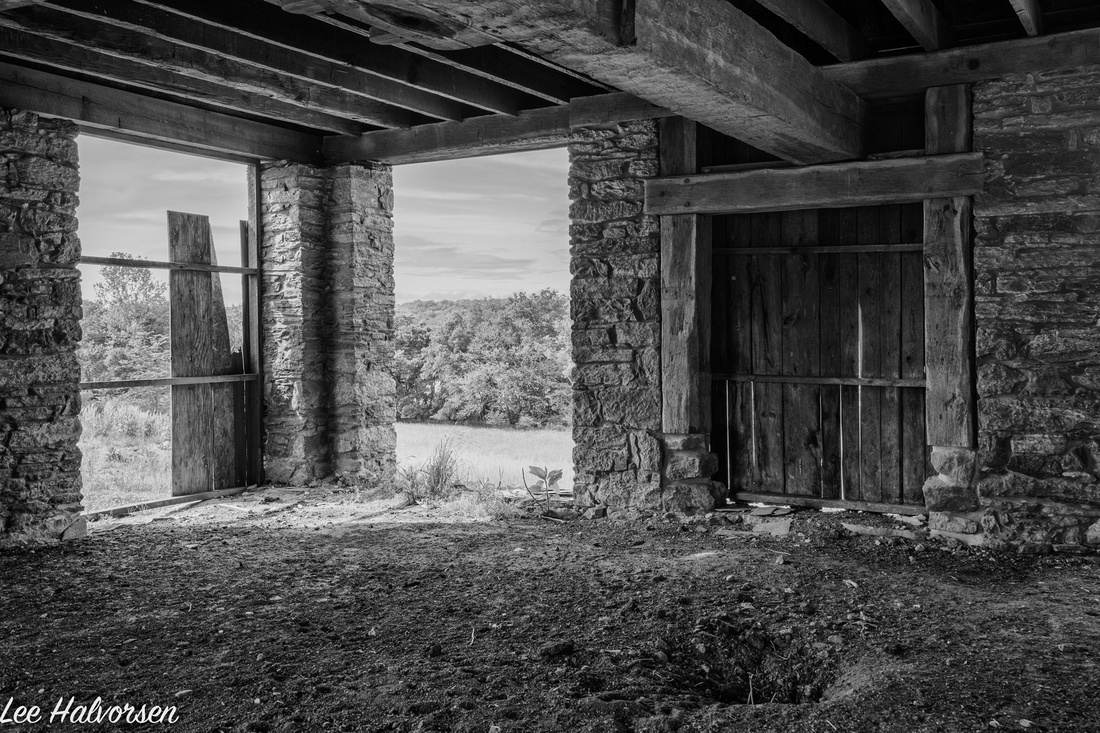 Belmead GranaryView from inside the granary which is probably 180+ years old.