I'm putting together a series of images looking inside and then through to the other side. I found this image in Carytown. However, the bright vertical window pane in the center of the image seemed to split the view in half...two images, and that's not what I wanted. The two "halves" had a great deal in common and I felt the story of a city diner was definitely there. But the vertical pane...distracting. I copied the image as a layer on top of the original photo, I distorted the new layer, rotated it, and zoomed in so that the geometry and colors enhanced the image. For me...it worked. What do you think? The original image is on the bottom. 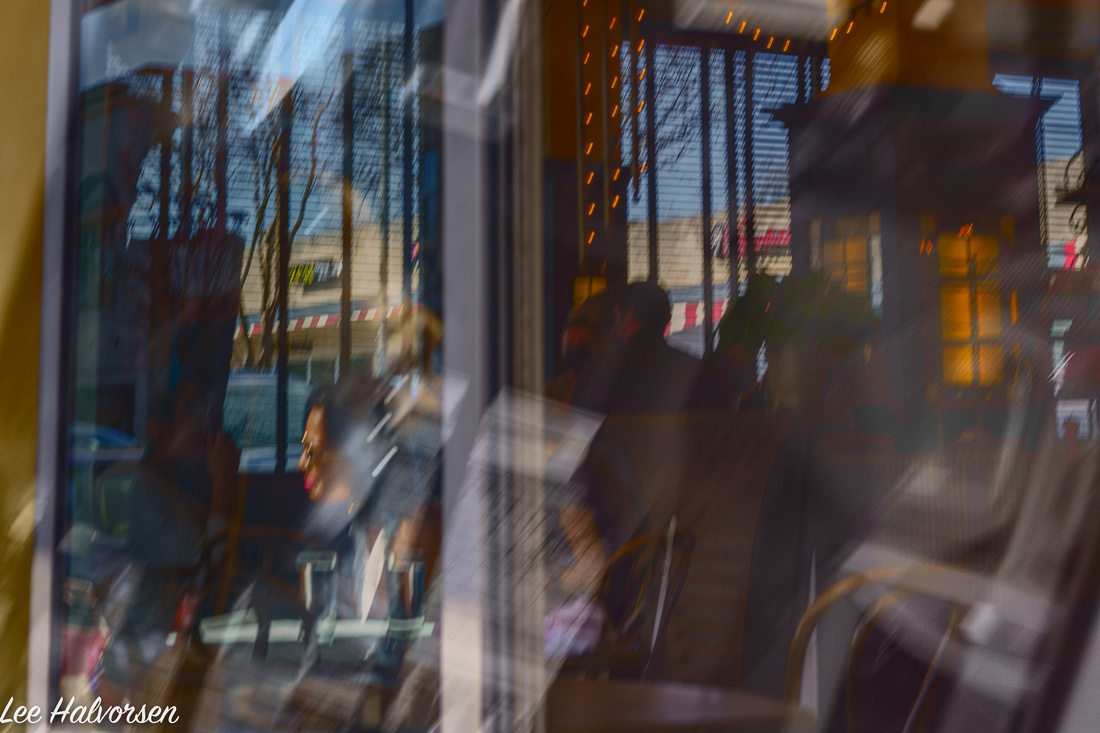 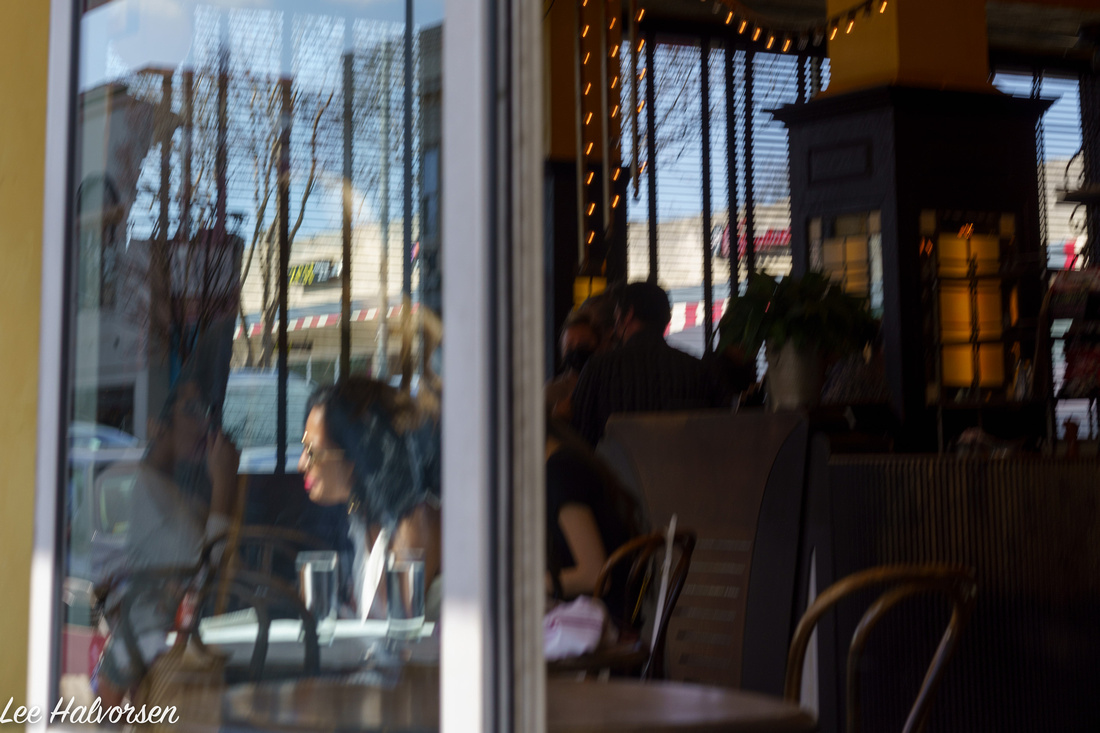