I was in Northern Virginia for a few days earlier this week. I took a short time off from my tasks and did a walkabout with a friend in the Lady Bird Johnson Park. The park is on Columbia Island which is on the Virginia side of the Potomac. However, because of the unusual demarcation rules, the border of the District (and Maryland) is the shoreline of the Potomac on the Virginia side. Consequently, all of the river and the islands are part of our neighbors territories, not Virginia's. The memorial is dedicated to sailors in the Navy, Coast Guard, Merchant Marine, NOAA Commissioned Officer Corps who died at sea during World War I and other times. The memorial was opened in 1934.

I enjoy this park. It's right next to everything, airport, interstates, pentagon, river, and more. But there's peace and beauty to the landscape enhanced by the occasional statue or marker. I'm pretty sure that Lady Bird would be pleased. Not easy to get to but worth the trip. 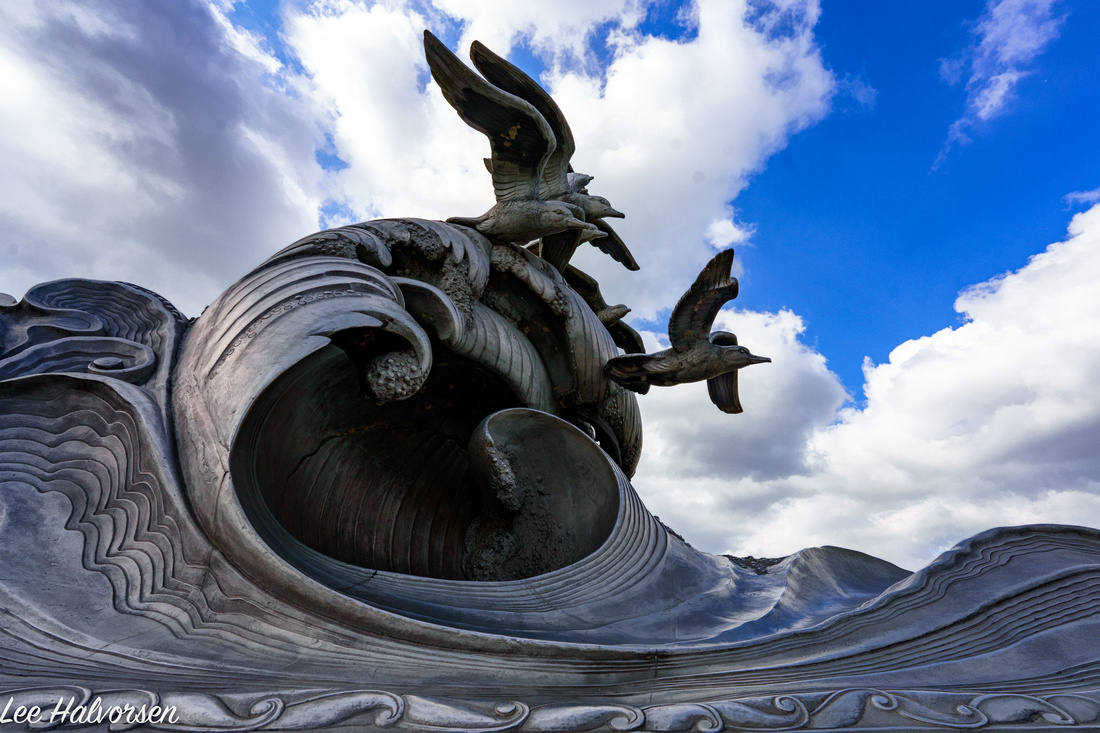 Crashing WavesMemorial to those in the Navy and the Merchant Marine in the Lyndon B. Johnson Park 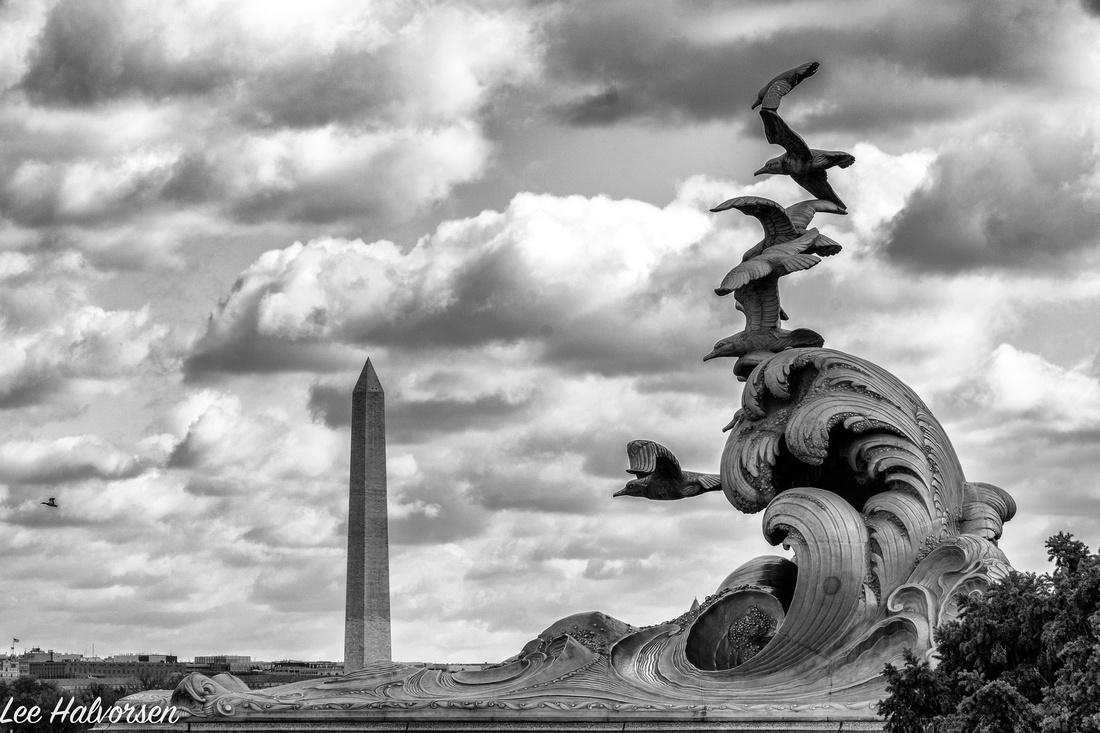 Monument OverlookMemorial to those in the Navy and the Merchant Marine in the Lyndon B. Johnson Park overlooking Washington Monument