Yesterday we did a very short walkabout in the park. Very, very few people. Probably because it was a weekday, during school/work hours, and not the season for leisurely strolls in the park. Well, I'm not sure the last part is true, t'was a glorious day with crisp fall air and only a slight breeze. I was hoping to find some autumn colors before the storms blew everything away and I was somewhat lucky. Green was still hanging on and red was scarce but I did find these blue pontoon boats! And the bridge. And, we enjoyed the quiet. 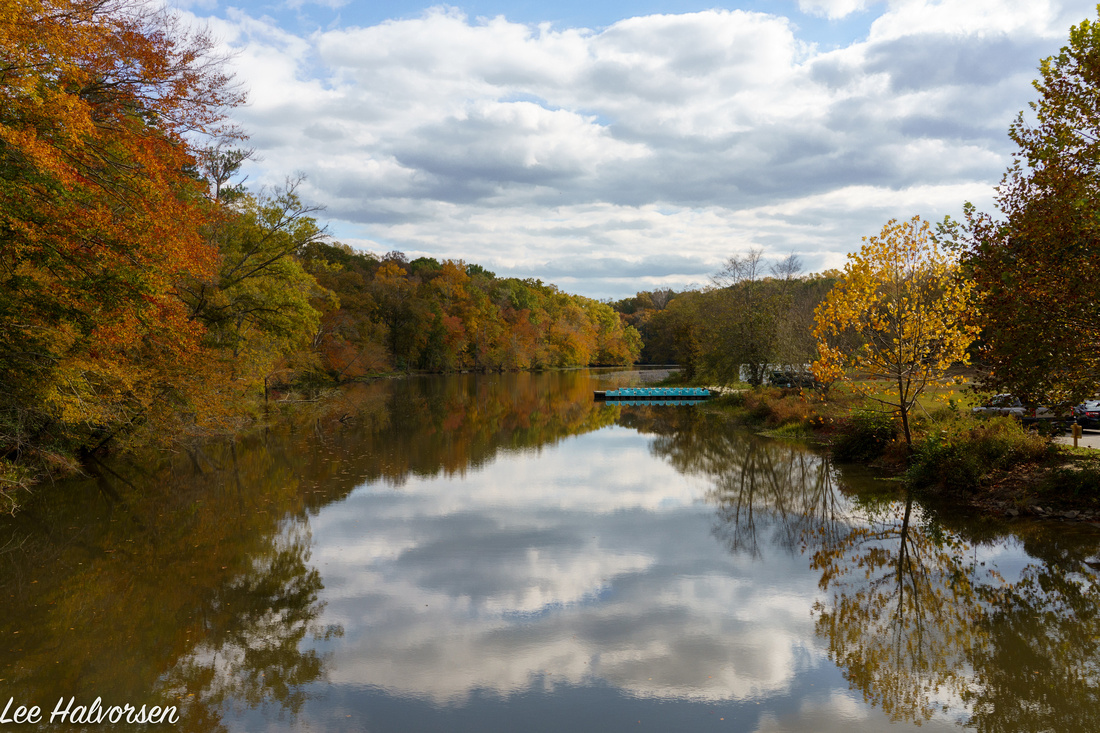 Lake in Pocahontas ParkLooking down the lake at the pontoon boats 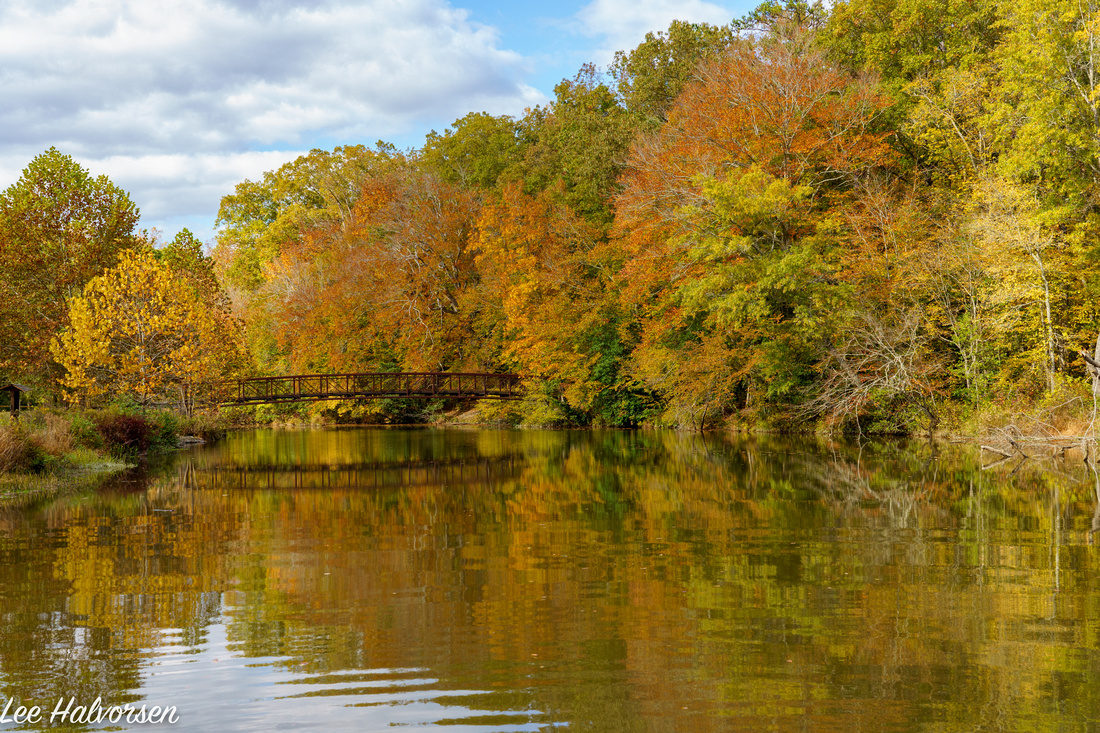 This building was built in 1932 when the mountaintop facility was still a TB Sanatorium. I think the idea was to make the place seem like a hotel or vacation spot to the suffering TB patient. Eventually the drugs were developed to combat TB and this Sanatorium was converted into a hospital for the mentally handicapped. That probably meant the people were restrained as if they were in prison. Eventually the hospital was converted into a prison. I'm not sure what this building was for, inside was a big kitchen, a room that looked like a dance room, shoe shine chairs, destroyed books about physically restraining people, and more. The architecture was very interesting with some cool features inside. In the second image I tried "light painting" with my iPhone with not very good success. 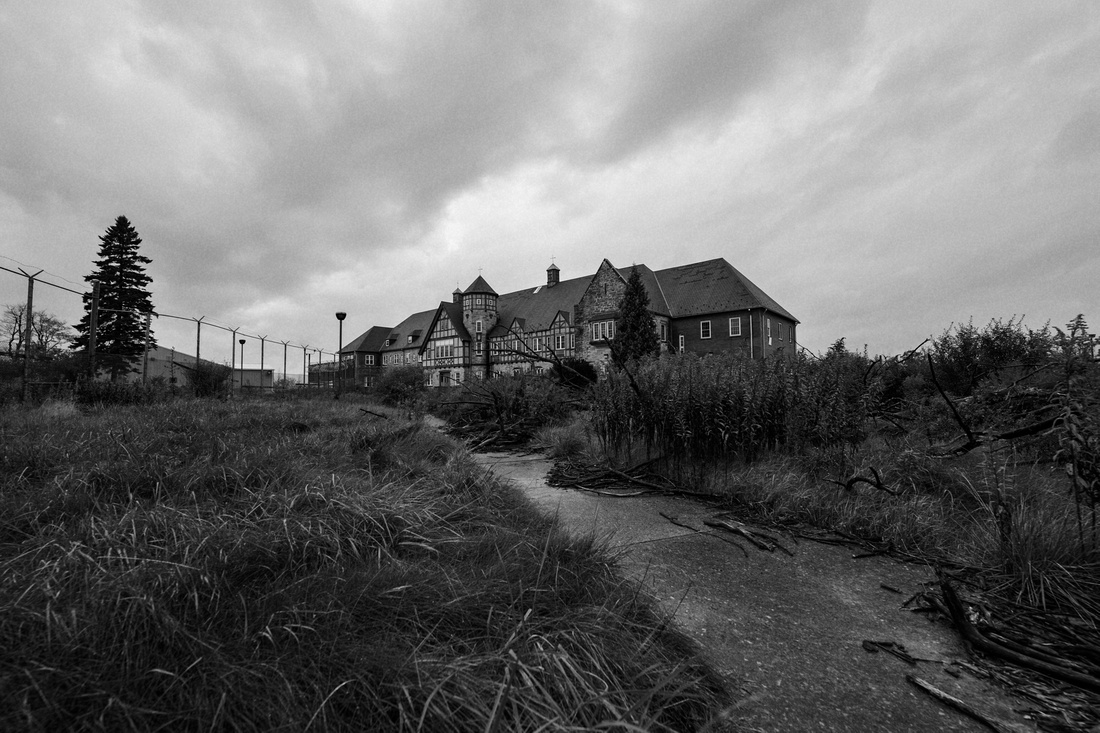 Cresson Prison TudorThis building was built when the prison was a hospital for the mentally handicapped. The Halloween Season was the appropriate time for my visit. 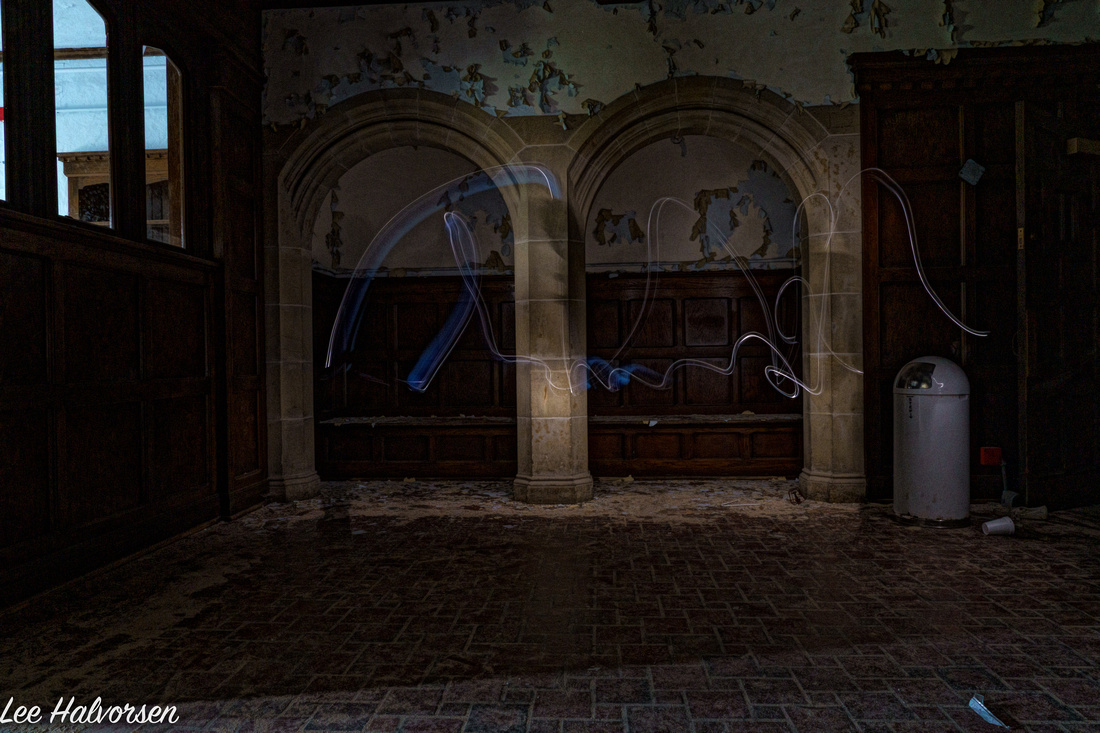 Prison ArchitectureFascinating Columns and Arches inside building. The arcs of light are from my iPhone 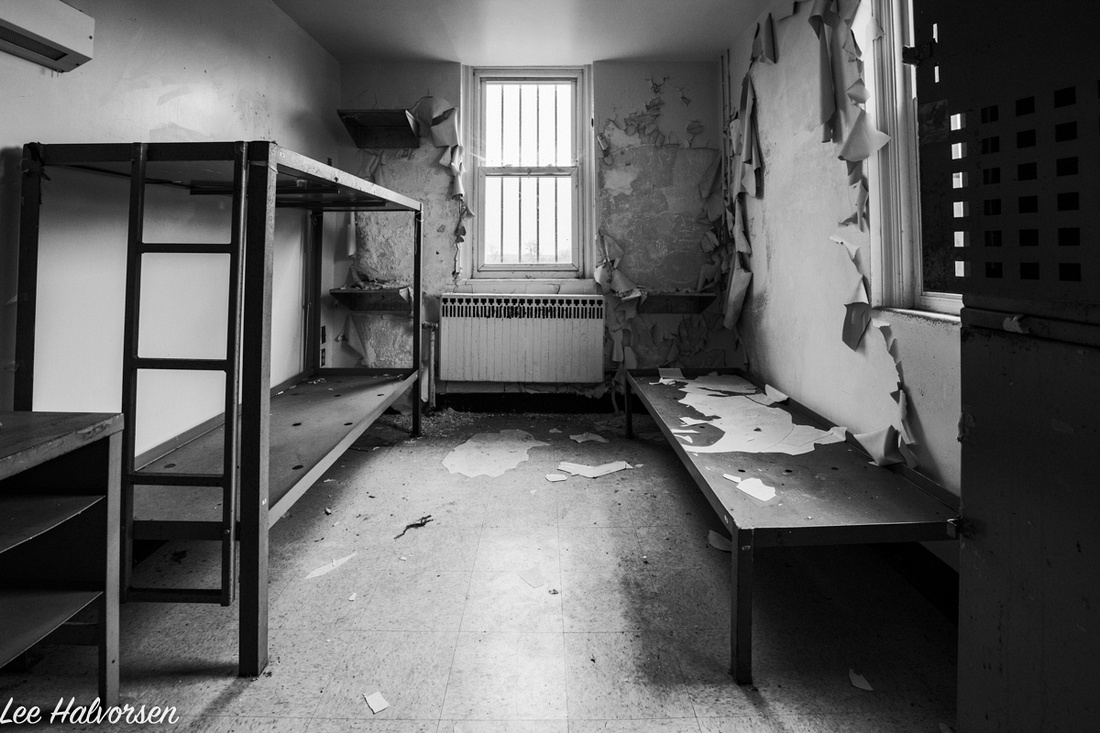 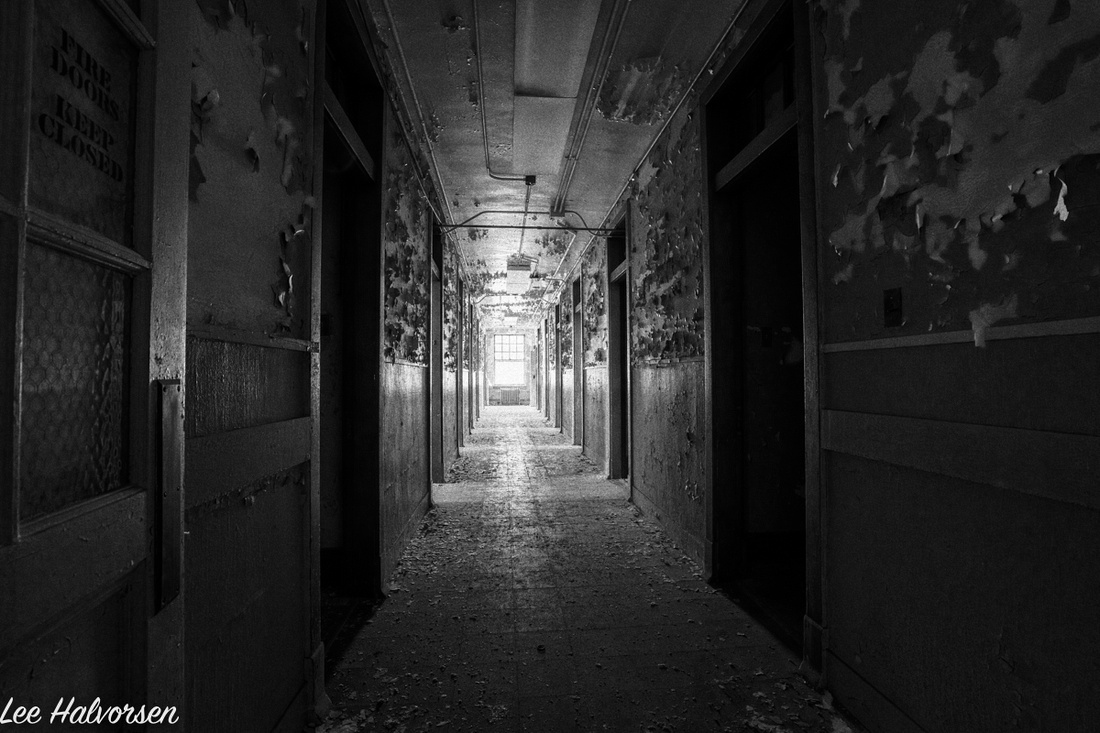 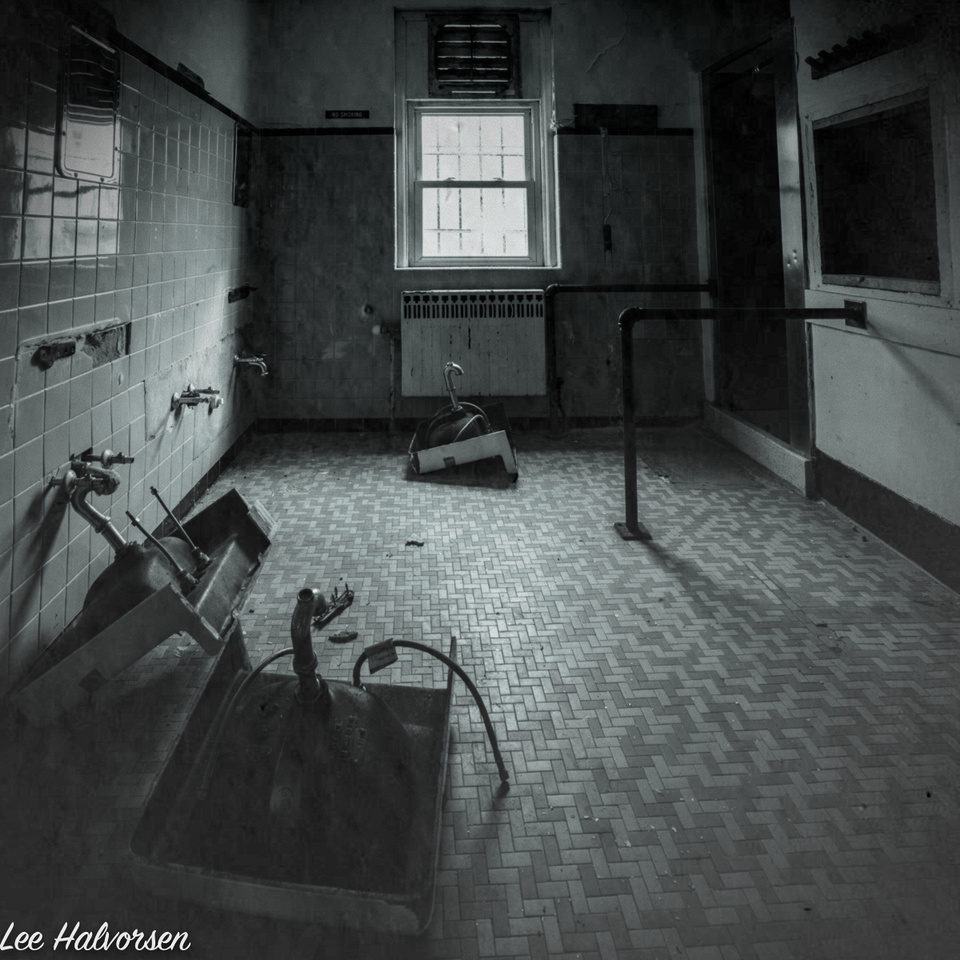 I was told this was the "library" but I'm not sure that the boys attending St Emma had access to this room...maybe, but I'm not sure. If any alums are out there and reading this, please write or comment and let me know. This room is on the right hand corner as your facing the mansion looking north. Shelves lined all four wall except for the windows and the fireplace. The ledger book sitting on the desk has the look and feel of an 1800s book but there is nothing written on any of the pages. I think the books and pictures on the shelves might be left from after St Emma closed.

The mansion was built by enslaved people and I'm guessing that the hand painted windows in the original side of the building were done by them. The first closeup is from the library, the second from the dining room. The dining room faces the north, the library the south hence the painting is faded on the library windows. The paintings were of plants that grew on Belmead. 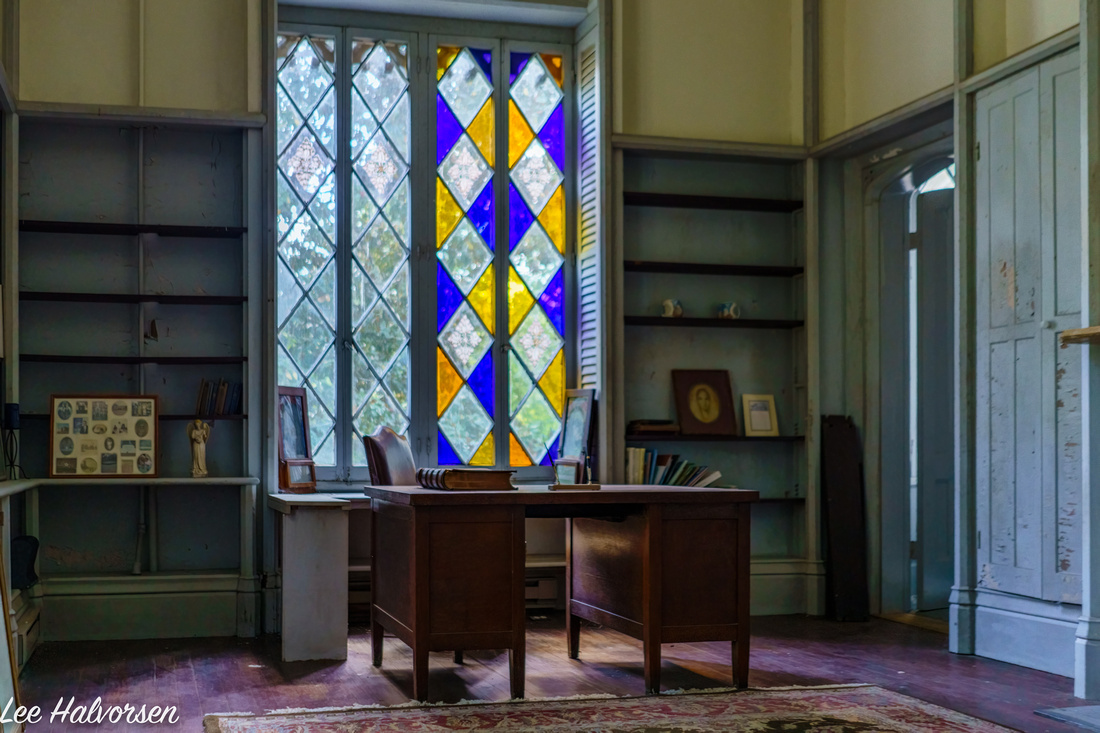 Belmead in St EmmaLibrary in the St Emma School 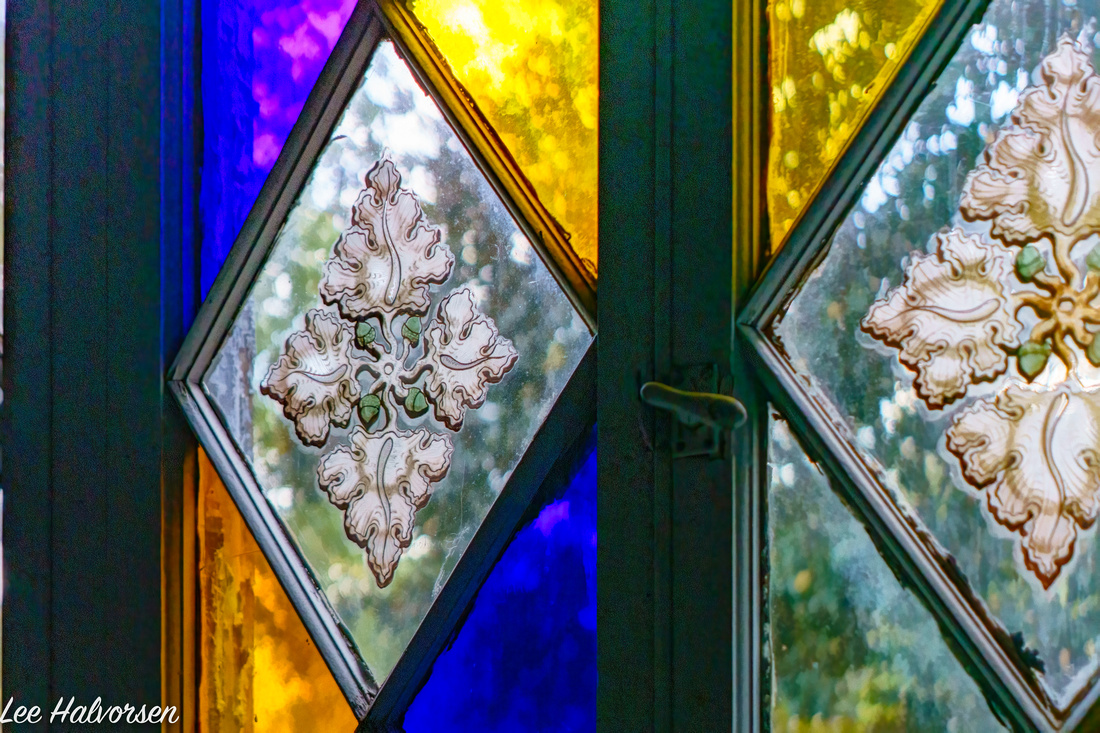 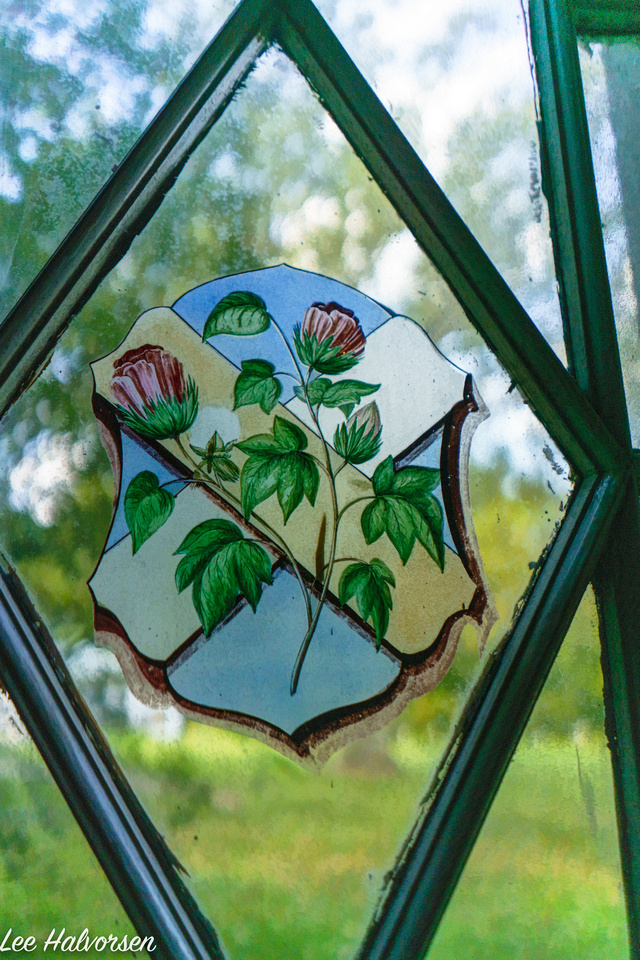 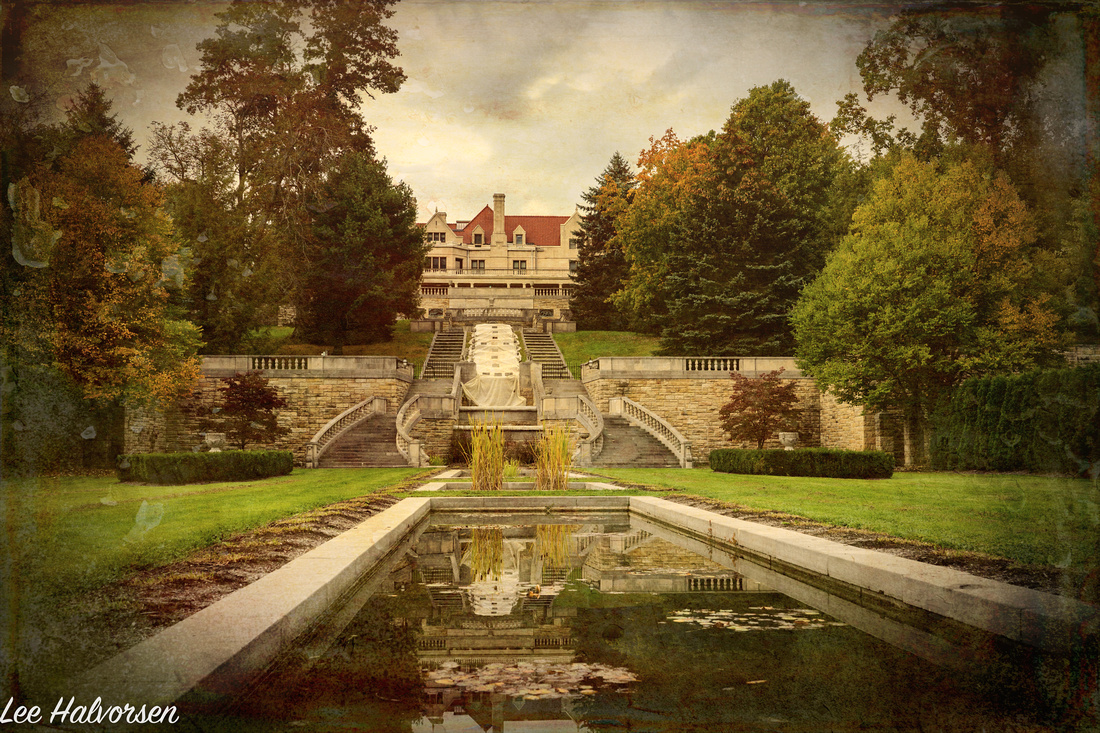