Poetry...Sometimes words and images just belong together. A positioning of visual and intellectual energy that feed off and energize one another. In my head the image spawns free verse poetry that sometimes makes sense, sometimes almost makes sense, and always gives the viewer/reader a peek into my soul. What's true? What's imagination? What's drama? What's celebration? Hmmm. Well, who knows. Have a read!

I'm working on a book, these are excerpts. 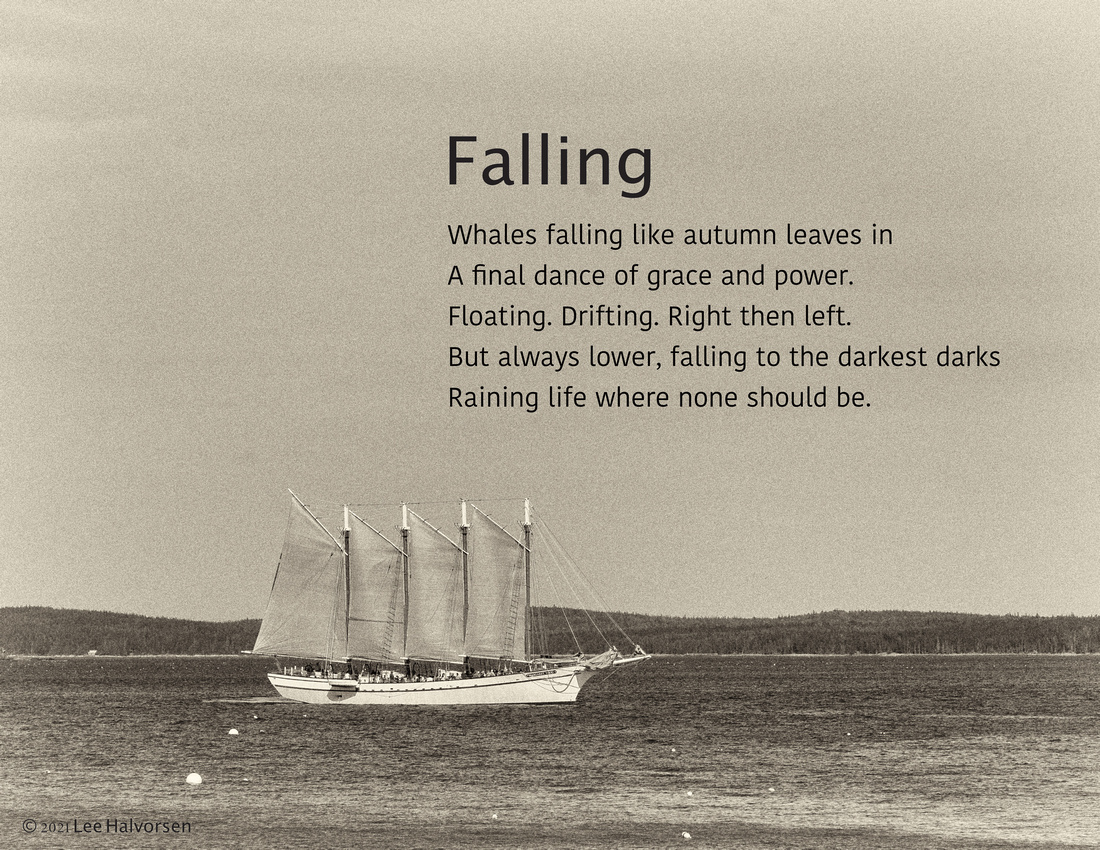 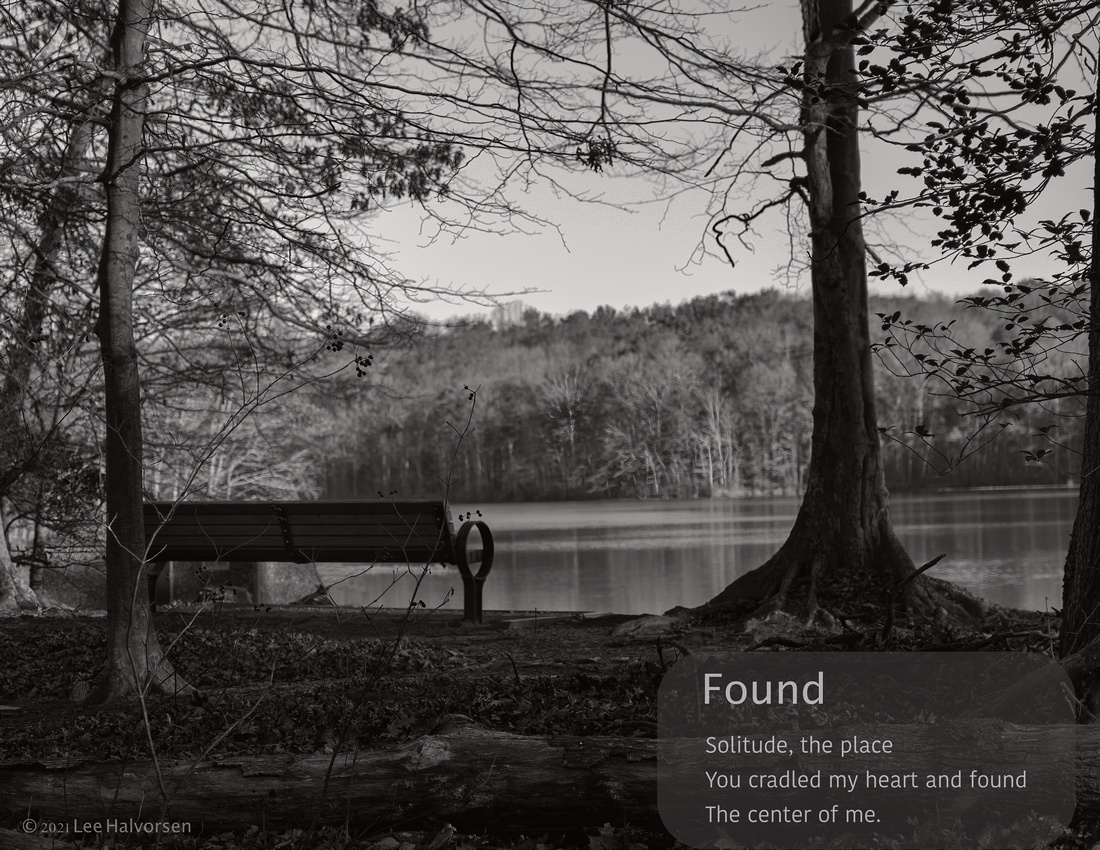 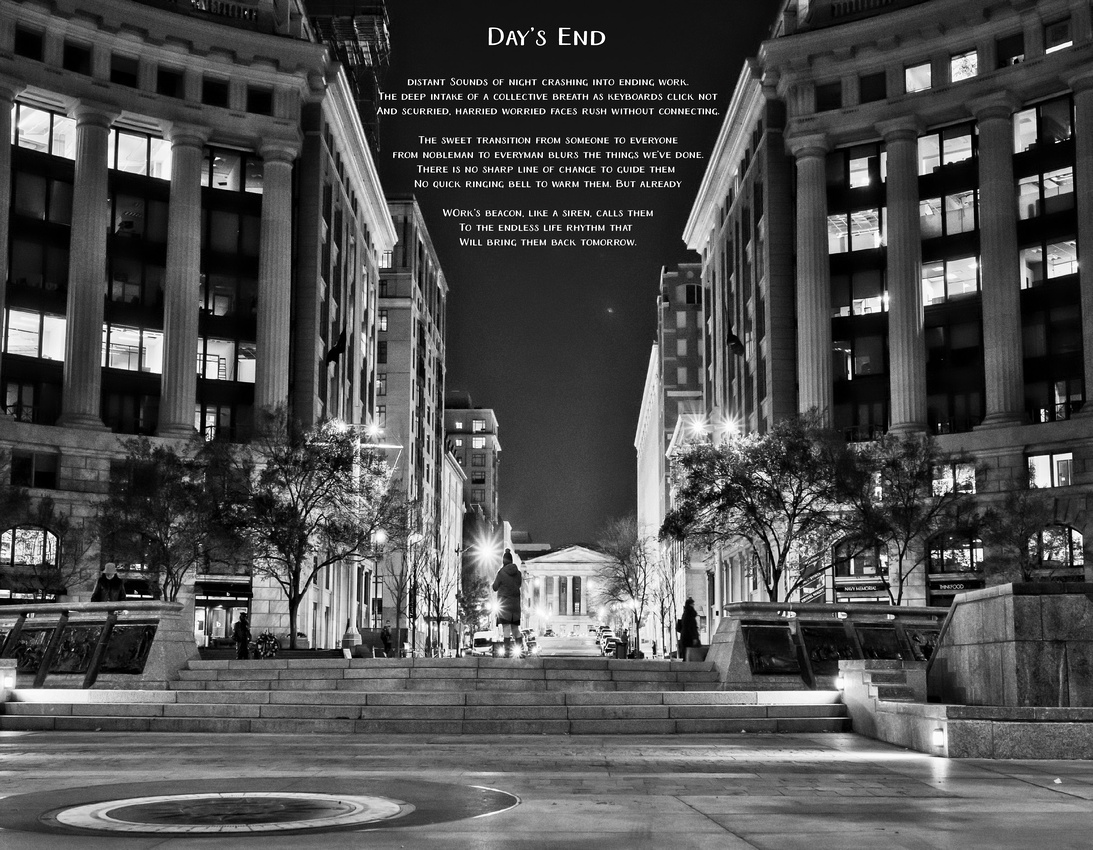 Distant Sounds of night crashing into ending work.
The deep intake of a collective breath as keyboards click not
And scurried, harried worried faces rush without connecting.

The sweet transition from someone to everyone
from nobleman to everyman blurs the things we’ve done.
There is no sharp line of change to guide them.
No quick ringing bell to warm them. But already

work’s beacon, like a siren, calls them
to the endless life rhythm that
will bring them back tomorrow. 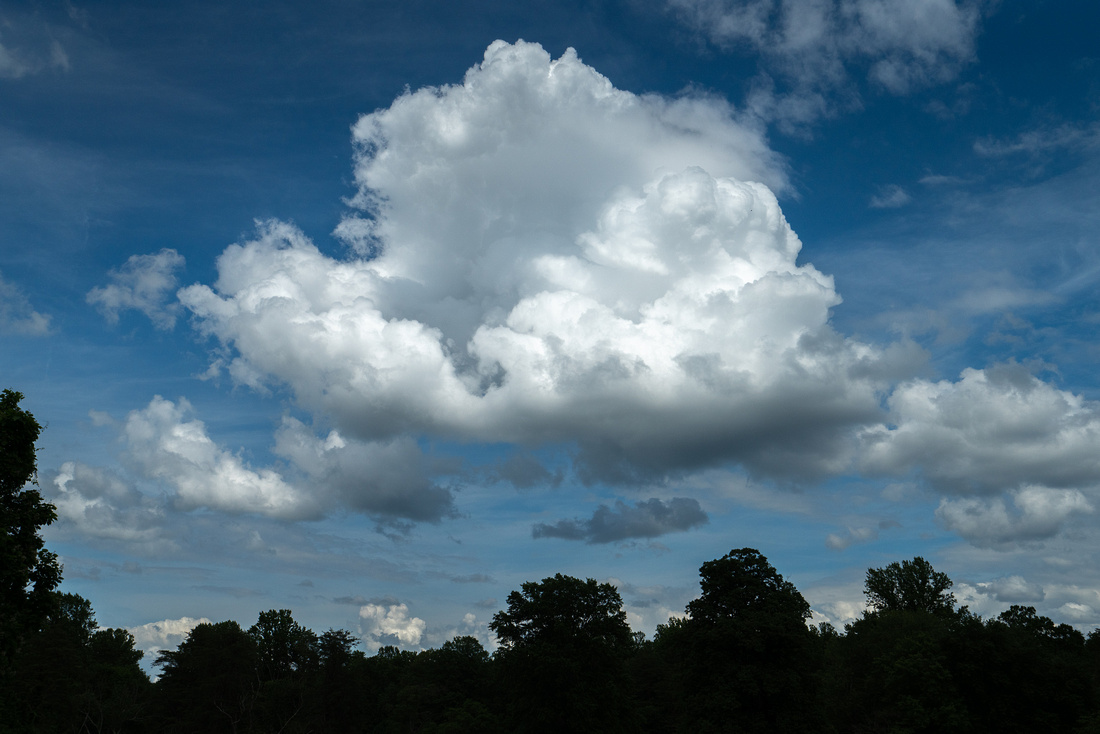 I wrote this poem when I was a senior in High School and just found it, 55 years later. I had a note from the South Dakota Poet Laureate complimenting me and urging me to continue my journey with words.

I often wonder what I'm here for,
Maybe it's to just dream from birth to death
Of what I want or could be or should be,
For that's all I do to pass the time.

I see many others around me who
Are dreaming too; most of the are
Lost, drifting from one place to another,
Looking for the dream to end their misery.

Perhaps I too will someday be a part of that
Moving, seething mob. Maybe.
What if I wake? God only knows
What a shock it would be to my sleeping mind.

Then there are the others, those who never dream.
Though I often envy them for their power,
Most often I see only someone so tired
But so afraid to dream. 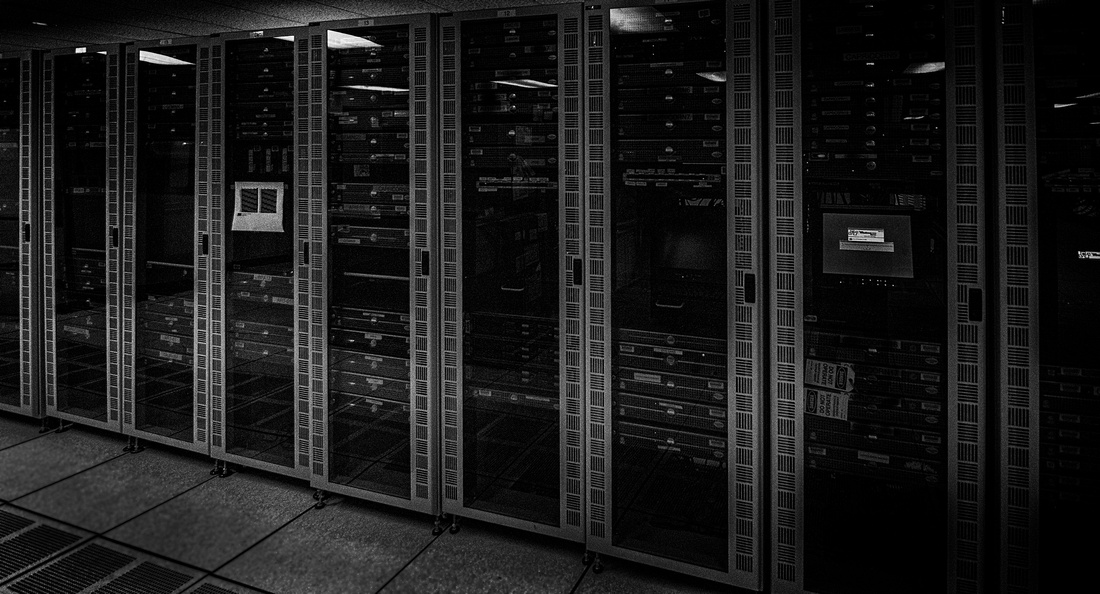 What About My Dreams?

You’ve discovered everything about Me.
To you, I’m sketches, charts, and graphs;
datapoints
nesting inside continental mounds of data.

You copyrighted & captured my soul;
cloned another me from the ether me.
An outline
pre-thinking the moving, actual Me.

My shadow self slowly detached
and found a place to be me
without Me.
The sky shrinks around me.

The unholy jail of Me has space to see
and now I know my path, my soul,
my lot. But,
My dreams still fly without you. 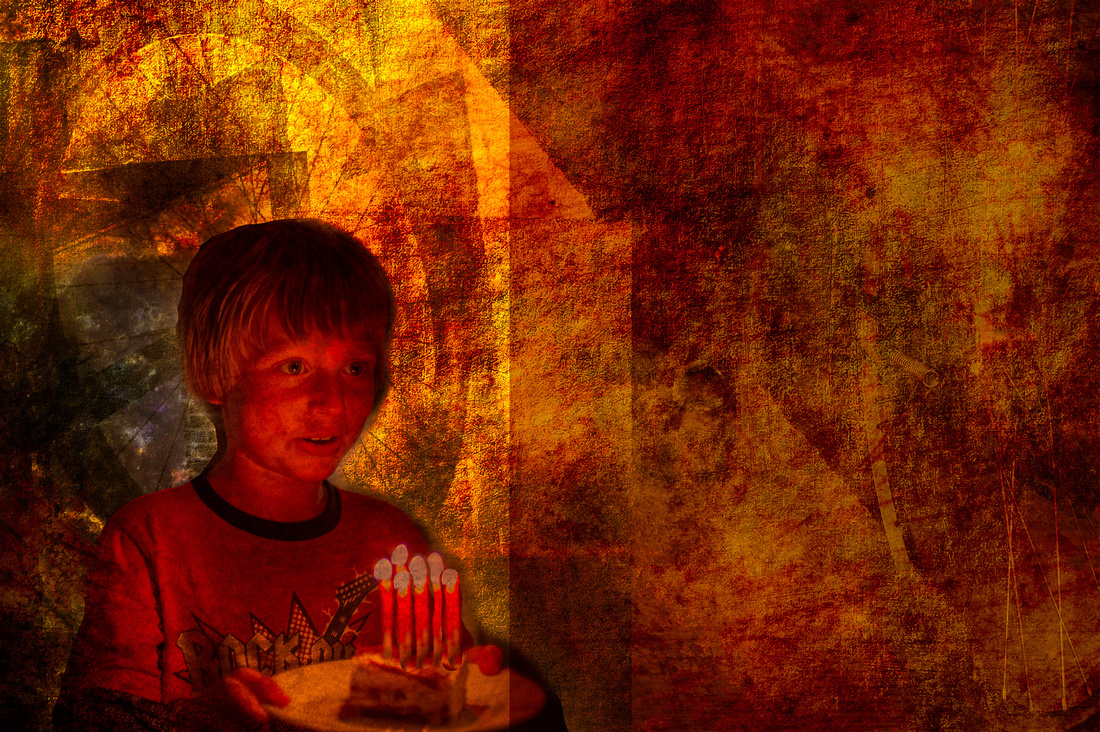 Seventh BIrthdayMy son on his seventh birthday standing in for me

Birthday 7 haunts me like the bzzzzz of an angry dentist’s drill.
That day’s dream was a red bike with handlebars like a Texas longhorn.
That day’s truth was a backside whuppin’
For a now unremembered 7-year-old’s stunt.
Remembering the whuppin’, that’s the easy part, a broad, strop-like belt
Artfully wielded over my underpants clad bottom,
Accompaneid by screaming and anger and searing emotions.

Other birthday memories have come and gone from those early years
But none remain where I can reach.
I got the bike.
But, birthday parties fade only to that one day in May.

Reality of the bike’s ride was as good as I’d dreamed.
And ride I did throughout the town and into the places I didn’t know
Where I found that the going was better than the getting there.
And…oh, I discovered adrenaline. Like that surprising feeling in a car
When you race over a hill too fast and your stomach drops with a wow!!
Airborne was the place to be and, for me, the coolest thing, ever.

But alas, I had no the perfect launching pad.
Until one day workers came and I watched as they poured concrete
To make a new curb, higher than most with a gentle slope to the street!
Out of sight of my yard only 3 houses down, my OWN ramp!
Out of sight of my yard because jumping a bike was NOT, I was sure,
On the approved list of things for a seven-year-old’s day.

One sunny day, less than a month from the infamous birthday
I was reaching new heights of airborne prowess and speeds
Previously unknown or even imagined in my adrenaline soaked brain.
When suddenly, my bike betrayed me and went in a direction quite
Opposite of where I’d intended while my body stayed obediently
Ballistic stopping abruptly on the edge of that newly poured curb.

And I discovered pain. Pain like no other I’d known and without end or ebb.
Gathering up my wounded bike I sobbed my way through neighbors’ yards telling
Them all was okay and my arm was not broken.
All night I laid in agony with throbbing, searing pain
Bemoaning the betrayal of that evil red Schwinn and wondering
How I could modify its obviously flawed design into something worthy of my derring-do.

Next day’s doctor’s visit
added a plaster cast with metal brace, and,
a story to my life. 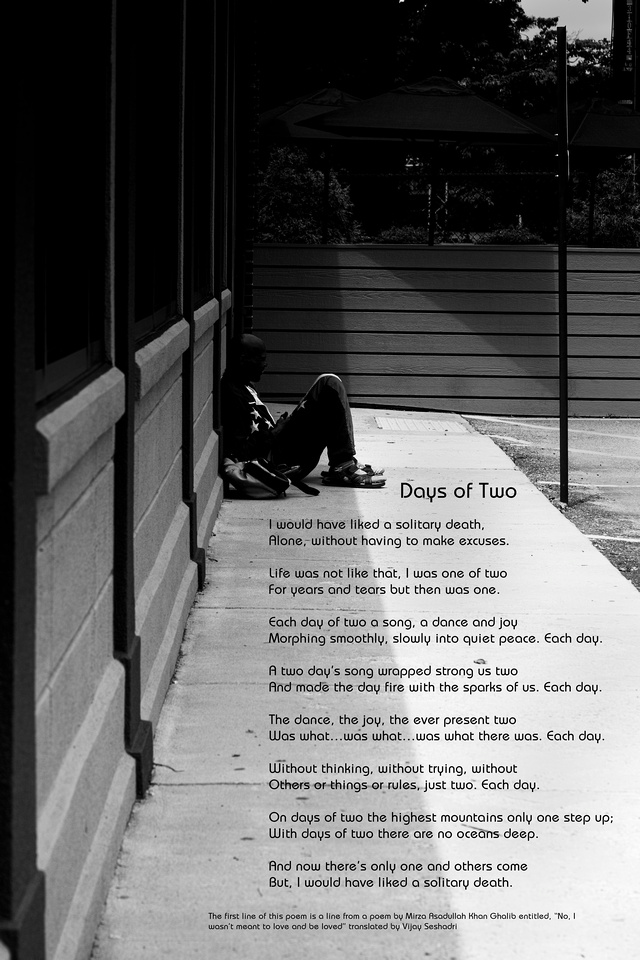 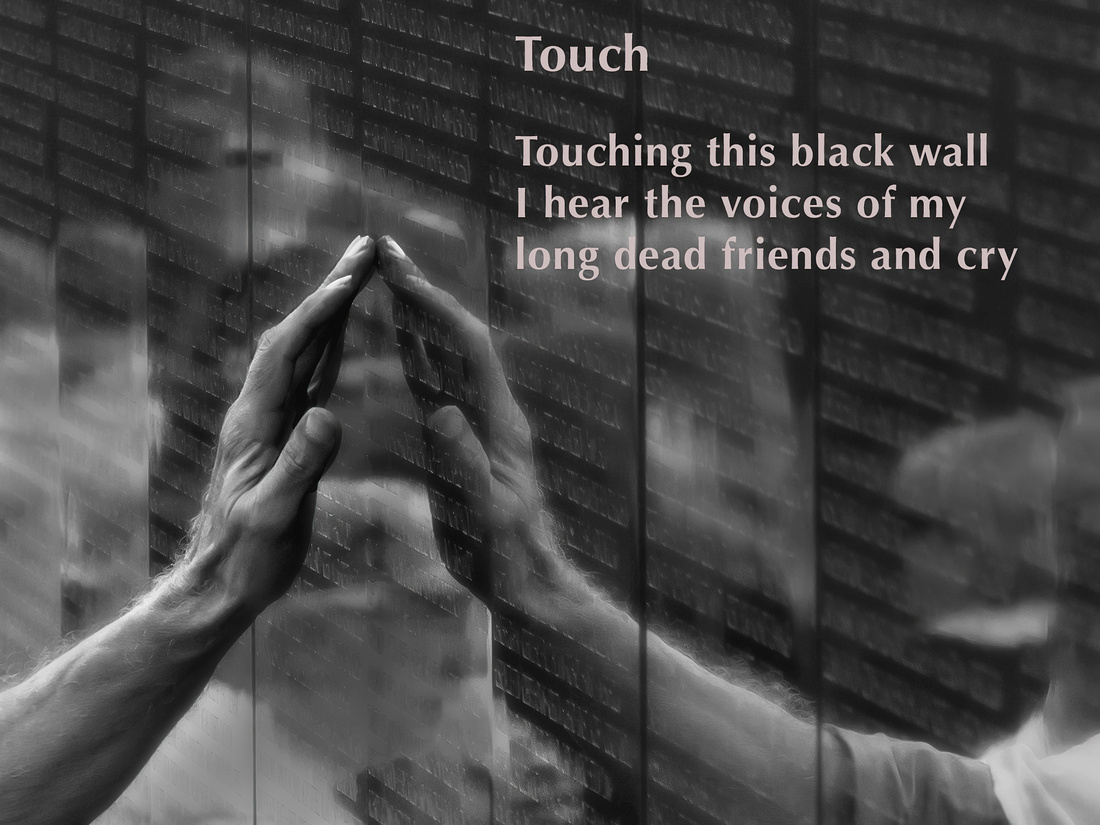 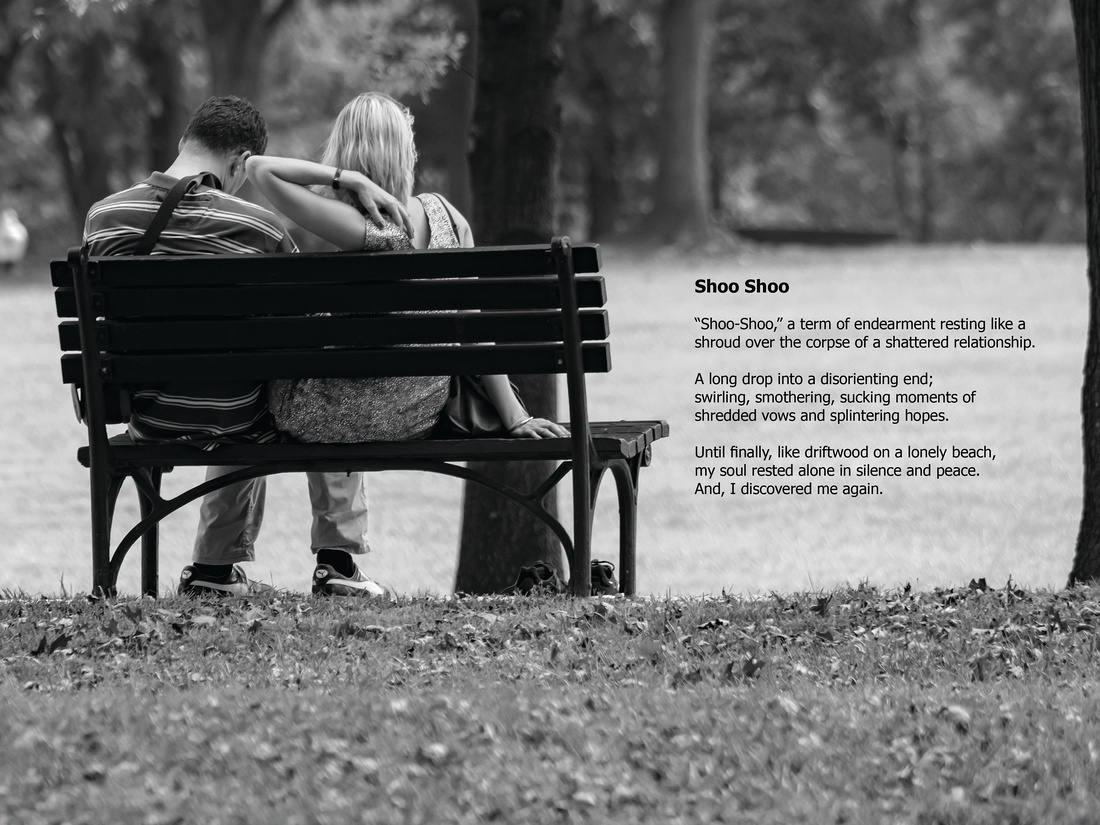 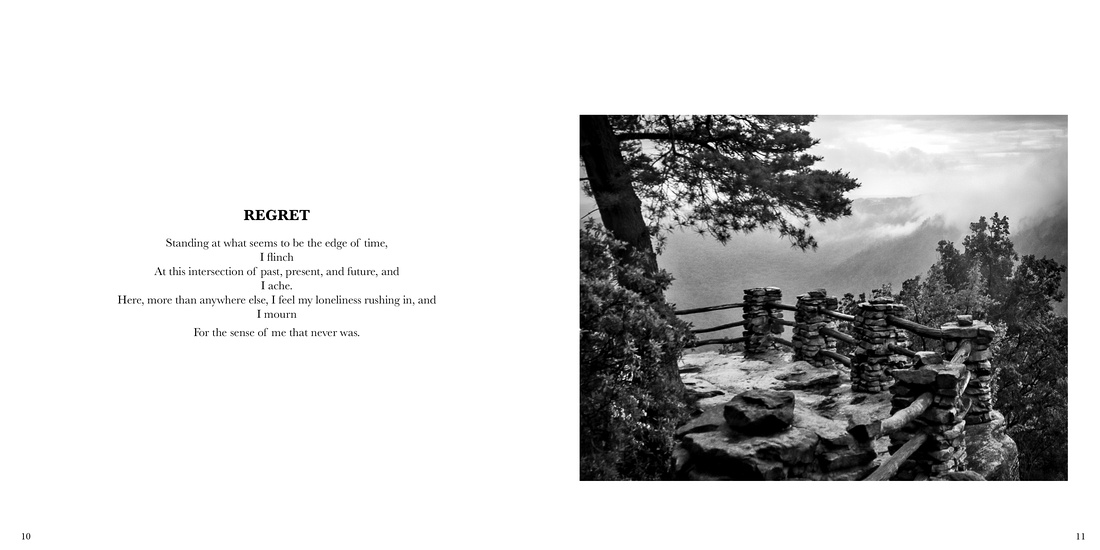